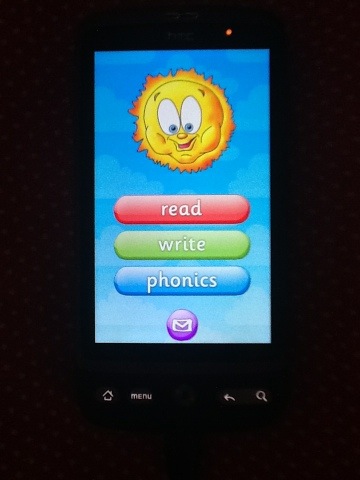 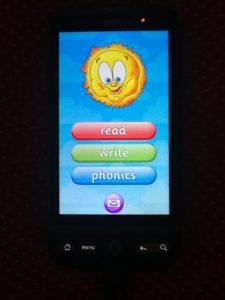 Finally, a phonics app that actually teaches phonics correctly. I have spent ages trying to find one which gives the correct sounds for each letter rather than the alphabet. This app is perfect for children learning their letter sounds. It would most suit a child in nursery, Reception or year 1 who is working at that level. It is perfect for children who will be taking the phonics assessments in year 1. 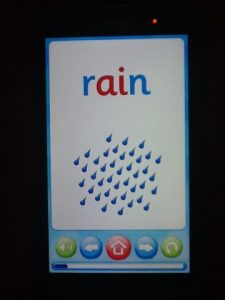 Read - the app uses digraphs as well as letter sounds

There are three games on the read write phonics app. The first is read. This shows a letter and plays the corresponding sound. As well as letter sounds it also has digraphs such as ai, which is really helpful as children progress. 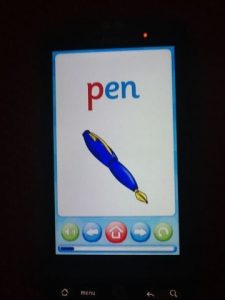 Read - an object with that letter sound is shown

The second is write. The letter sound is played again and it shows you how to write the letter then the child can have a go themselves. Finally there is a third section where you read words. This part is brilliant as it is the only app I have seen which models how to blend sounds to form a word. This is the really tricky part of reading as children can often read each sound but not put them together to form words. 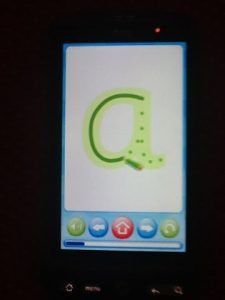 This app is not going to be something you can give to your child to keep them quiet for hours while you do something else. It isn’t designed like that. It would be best used for five minutes a day to practice reading letter sounds, writing and blending sounds to form words. The presentation is very simple and might not engage every child.

At £1.49 this is not the cheapest app for an android phone, but I think it is worth it knowing it is the correct use of phonics. It is also useful for parents who were not taught to read using a phonic approach as it will help them learn the correct sounds. Here is a demonstration of what the app does on Youtube.

To find out more go to: