Birthdays for twins are pretty special events. Unless you’re really unlucky, a birthday is a special celebration of your life, and you alone. Most people don’t have to share their birthday – at least with someone so close in their family. Does this mean twins are unlucky? The one day in the year which is completely about them is shared with someone else. I’m not sure if that makes them unlucky or just very, very special. I’m hoping the latter. 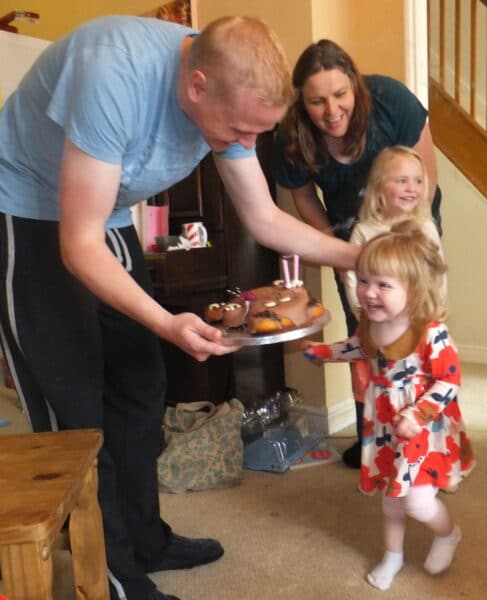 Rosie was so excited when it was her turn to blow out the candles she was hopping up and down!

The only thing is that means two cakes! Ok, that’s a good thing isn’t it? Two cakes is of course double the work but twin parents are used to that. You could make one cake and bring it out twice but there’s no fun in that! Last year I got round the problem by having two completely different cakes. That worked quite well because then it gave people a choice of what cake to have. One was lemon and one was chocolate. 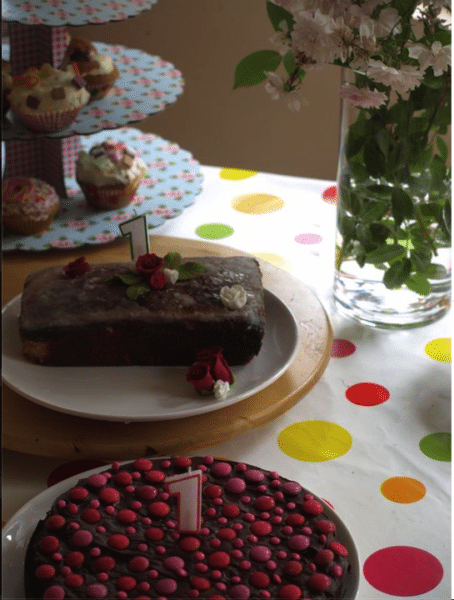 This year I wanted to make more of the twin relationship thing so wanted two similar cakes. I had a teddy cake mould from when Molly was 2 and thought it would be a good choice. 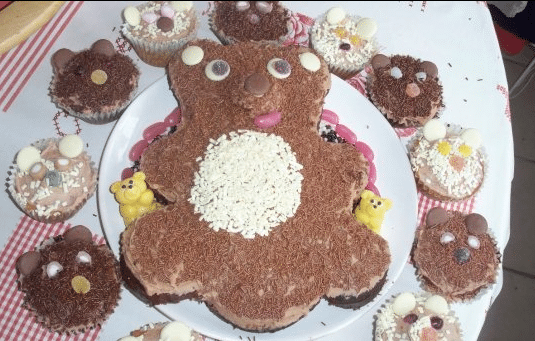 This year I made a basic sponge mix, covered the cake in chocolate icing and decorated with chocolate buttons and sprinkles. They were easy cakes to make and you can’t really go wrong with chocolate.

The twins seemed to enjoy them anyway. Here they are the next day checking to see who has the biggest piece. Typical!

For more teddy cake ideas have a look here for some teddy bear cake pops.