Are there any new ideas?

I’ve been wondering a lot if there are any new ideas. I often come up with an idea which I think is brand new only to find it already out there somewhere, it’s can be a bit frustrating really.

On Monday I wrote a post about a giant painting I did in the garden with the children. They used their feet instead of brushes and had a great time. Obviously I’m not going to claim any of this was brand new – I didn’t invent giant paintings, or using your feet or painting in the garden. However I thought the idea in general was sufficiently fresh enough to blog about. 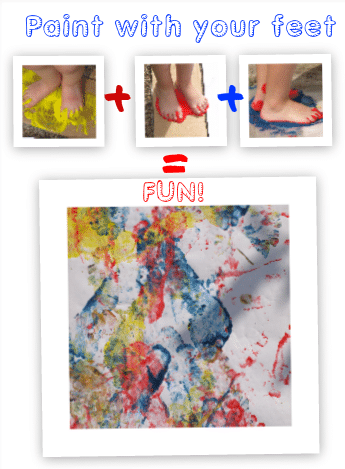 I went to post a picture of it on Pinterest and as I looked down the list of items which were newly added I found this post from Multiple Mummy, which was pretty much exactly the same. Scarily so. Now I subscribe to Multiple Mummy by email but don’t always get chance to read every post to the blogs I subscribe to. I couldn’t remember reading the post, although I must have. It was certainly not direct plagiarism. 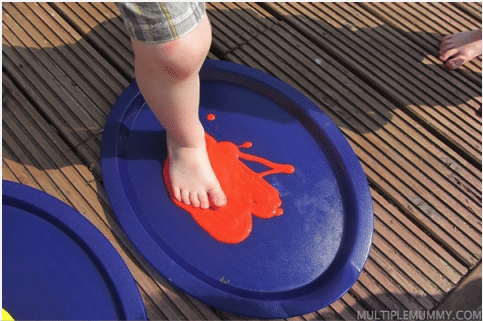 After talking to Emily, the very wise author of A Mummy Too I think it must be an example of Cryptomnesia. This is where a person believes they have come up with something new and original but in fact it is a forgotten memory. I must have flicked through the post or at least seen it momentarily on Facebook and it must have entered my subconscious. Now I feel really pleased. Kerry from Multiple Mummy is very ill at the moment and I think it shows that she has been in my thoughts.

The other thing with new ideas is that you have to get them out there as quickly as possible. I often think of something which I think is a good idea, sit on it for a while, and then see someone else do the exact same thing that I thought only existed in my mind. It’s like someone has come and looked into my mind and stolen all my good ideas. How dare they? Apparently this is an example of a meme in action.

Memes are ideas, words or behaviours which seem to spread through the population like a virus. It’s like everyone is suddenly behaving a certain way or uses a certain word or comes up with a certain idea all at the same time. It explains why a few people can seemingly come up with the same thing at nearly the same time, in fact it is just cultural transmission.

Are there any new ideas?

I’m not sure, I guess there is are already so many good ideas out there that it is hard to find one that is new, particularly if you are in a well trodden field like education and parenting. However there is always a new slant on an idea, or an old idea that has fallen out of use that can be brought to people’s attention.  Perhaps if we are all moving forward slowly then new ideas will be generated and will spread across the population. I know one thing, if I have any ideas which seem remotely good I’m getting them down before any of you lot can come and steal them from my brain!

So has this ever happened to you?