The first pumpkins have started to appear in the shops. Ok they are small and expensive but it is pretty early.

What better to make for Halloween than a pumpkin shaped like a giant spider?

Earlier this afternoon it started to pour with rain. I sprinted heroically outside as quick as I could. No, don’t be silly, of course I didn’t go to get the washing in – that is still hanging on the line. I rushed outside to save my poor pumpkin which was drying after I had sprayed it black. Luckily I fetched it in time and it was definitely the right decision to save the pumpkin and not the washing as it was only a shower and the washing got dry afterwards.

I was quite pleased with the effect of the spray paint. It made the pumpkin look really shiny and black. I think a few of these shiny black pumpkins would look really good interspersed with some regular orange pumpkins.

While the pumpkin was drying, I made the spider legs. You can buy furry pipe cleaners but I couldn’t get a whole pack of just black ones which are big enough. You need to tape the wool to the end of the wire and then wrap it around it lots of times. It doesn’t matter if it is a bit uneven as it looks more natural. When you get to the end just leave a bit of the wire exposed and tape the wool to the wire.

Then start to stick the wire into the pumpkin and bend the wire so it looks like spiders legs.

Stick some large googly eyes onto the front of the pumpkin.

Here he is a giant spider pumpkin – ready to scare your guests! 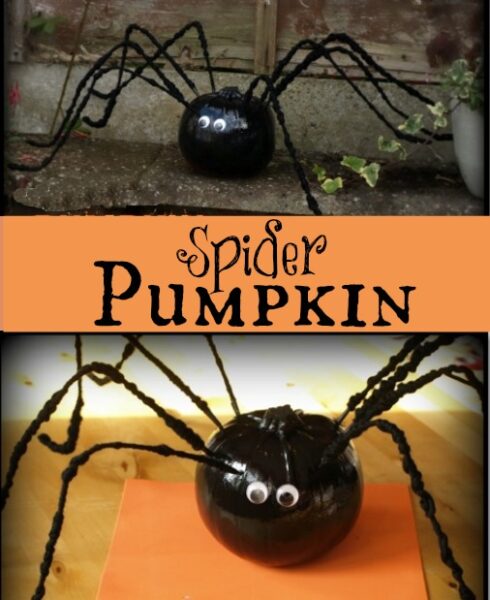 If you like this idea then make sure you are following me on Pinterest. I have a board dedicated to fun Halloween and Autumn ideas. 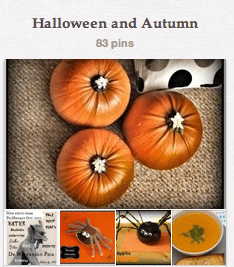