based on Ella by Alex T. Smith 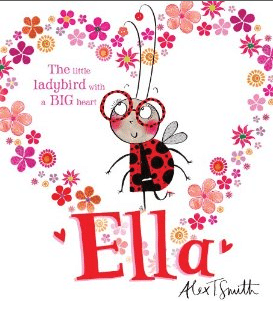 Over the last couple of weeks we have been working on a book exchange. I sent a package of books and received one back from Anne-Marie who blogs at Child Led Chaos. The book we received is Ella by Alex T Smith. It is really lovely and one we haven’t read. The story is a new take on the Cinderella story with Ella a very pretty young ladybird whose wasp sisters make her do all the housework and don’t want to let her travel to Paris to meet Pierre a rather dashing spider who is an artist.

The girls were all very excited to receive their box of goodies to go with the story. We could instantly tell it was ladybird themed because of all the red and black. They couldn’t wait to get stuck in. We were given a set of instructions which was great for getting started on the crafts. I will link to it when it is up on Child Led Chaos.

The first activity was to make a set of ladybird antennae. I loved this idea – it was so quick and easy but looked brilliant. We used a black or red hair band, black pipe cleaners and large red buttons. Charlotte (aged 3) could put the button on the end of the pipe cleaner, but needed a bit of help securing it. Molly (aged 6) was able to do it all on her own. The best thing is this looked exactly like Ell’s antennae in the book.

The girls wore their hairbands for the rest of the day and it really brought the story to life.

The next craft was a paper plate ladybird.

This would be a lovely activity for a class to make. The girls used strips of paper to decorate their ladybird and then added googly eyes, buttons for spots and black pipe cleaners.

Charlotte chose to make Pierre the spider. Molly was really surprised to learn that spiders have eight eyes.

The activity Molly enjoyed the most was the weaving. Using a frame made from lolly sticks and embroidery thread she wove red and black ribbons to make a pattern.

Ella wears some lovely glasses in the book. Using a template sent in our pack the girls decorated some glasses and stuck them onto a lolly stick.

Make sure you are following the fun at  Child-Led Chaos 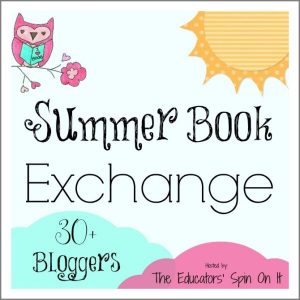