How to Make an Ice Castle for Elsa 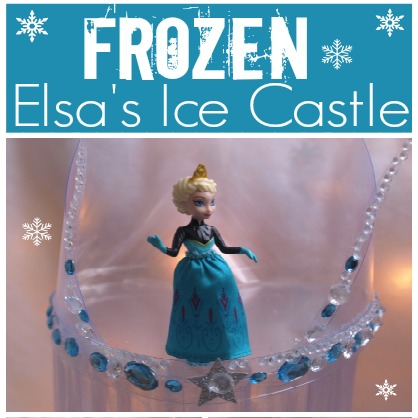 Despite only having seen Disney’s Frozen once, it has had a huge impact on the girls. Not a day goes by when they don’t sing one of the song, or dress up as Elsa or Anna. There is a big countdown until the DVD is out at the end of the month. Our favourite scene was, without a doubt, where Elsa builds her ice castle and has the best makeover from drab to fab in screen history. The girls have been asking to have an ice castle for their Elsa toy for a couple of weeks and I finally worked out how to make one.

Our ice castle is made from:

First we cut the acetate sheets into rectangles. The size of them will determine the height of your castle. Acetate is a clear sheet of practice which teachers used to use on overhead projectors. I bought some at a craft shop. You could also use laminate sheets which have been laminated empty as you can see in this stunning Cinderella’s glass slipper from Domestic Goddesque.  We rolled up the rectangles into tubes and stuck them with sticky tape. You could use a glue gun to make it look neater.

Then I stuck them onto a clear plastic lid. The lid I used was a heart shape which had some gems in it from Valentine’s day but any shape would work as well. This bit was fiddly and I had to do it. Again I used sellotape to stick it down but double sided tape might work or a glue gun.

We left a little gap on one side for a door. Then we stuck the other lid on top. This was much trickier and a glue gun would really have helped. I used another lid that was the same size to make a small balcony, but you wouldn’t have to do this.

The girls then stuck on lots of blue and clear sticky gems.

I used some more acetate to make tow arches and stuck them onto the top for a roof. 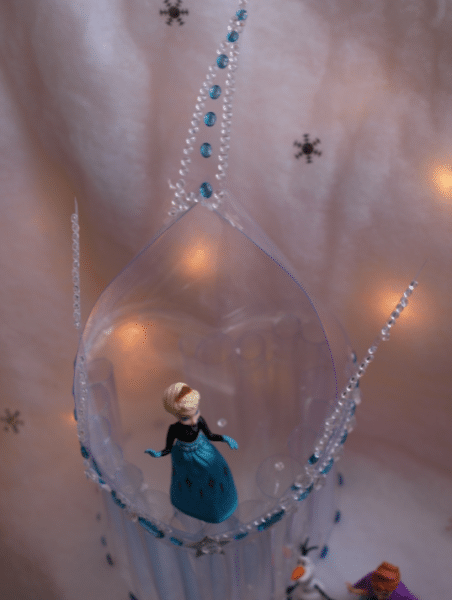 Then we had three long thin triangles with gems down the middle for decoration. The shape of our ice castle isn’t exactly the same as in the movie but I don’t think that really matters. 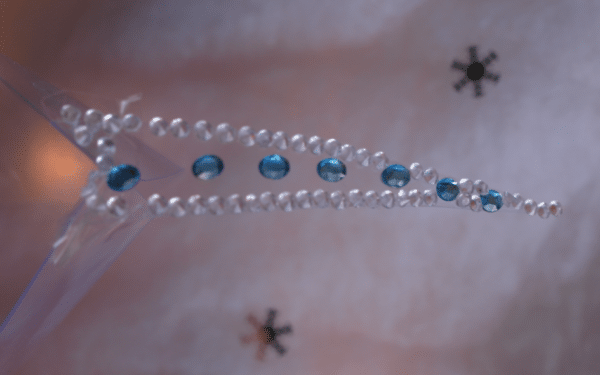 To make the scene look more like a snowy mountain I strung up some fairy lights onto one of the girls’ chairs and covered it with some white fluffy material. Then scattered some snowflake sequins everywhere. 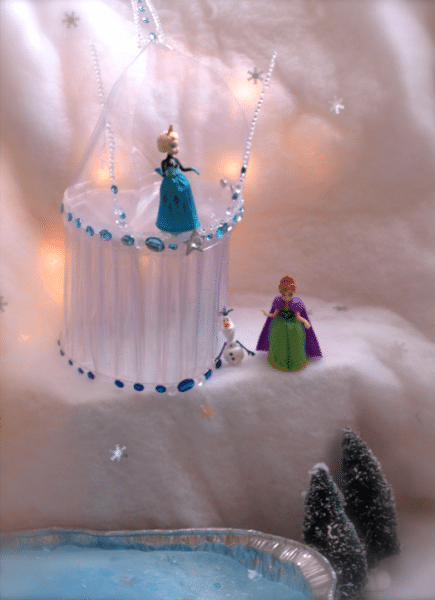 Underneath the mountain we had an icy lake and some trees which we have previously used for our Winter Olympic Small World. The ice is made by freezing a tray of water, glitter and food colouring and is brilliant for imaginative play – although you can’t keep it out for long as it starts to melt. 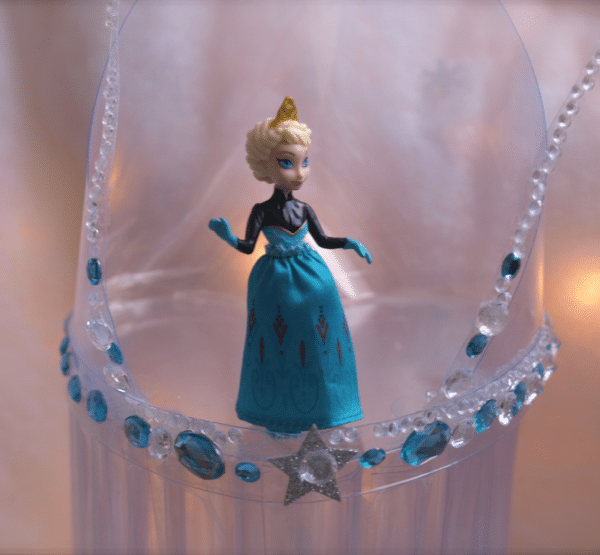 The girls loved having somewhere magical for their toys. It also doubles up as a palace for their other princesses. 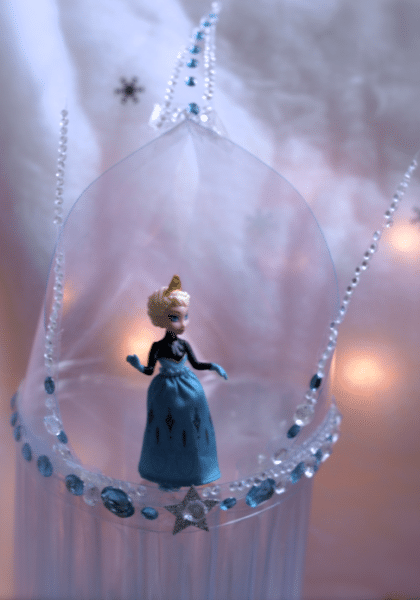 The ice castle is fairly robust, although I don’t think it will last forever. I might put a seal of glue around the edges (when I find my glue gun) as the twins did manage to knock a few gems off and a couple of the pillars down.

Olaf: Knock. Just Knock. Why isn’t she knocking? Do you think she knows how to knock?

I set up the lights and the snowy background while the twins were in nursery. They were really excited to see it when they got home. There was a lot of singing and melodramatic flouncing around.

Charlotte was so excited to start playing she didn’t even take her coat off. 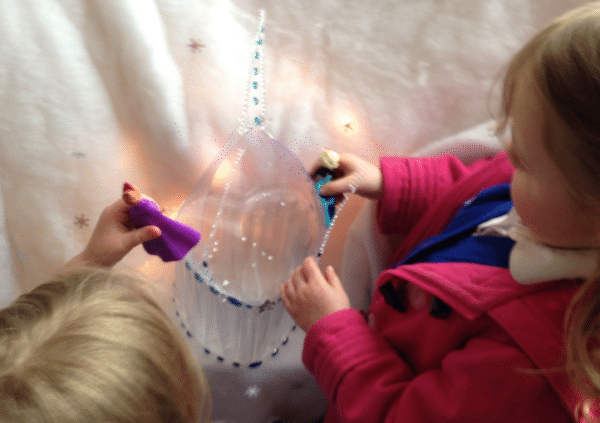 The twins have demanded an ice bridge, the icicle forest where Anna meets Olaf and the castle at Arendelle. I’m going to be very busy. 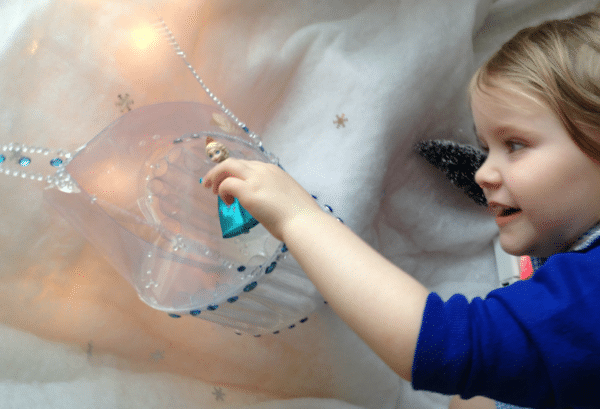 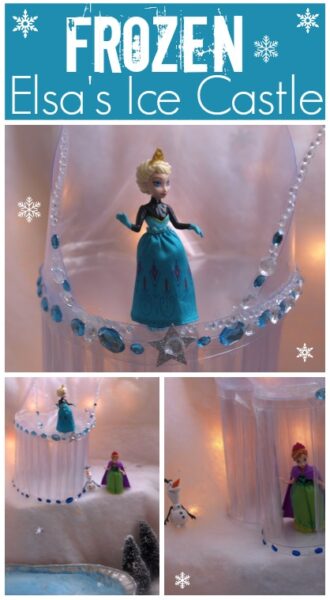