I have been wanting to make some number bean bags for the girls for ages. At first I thought about just buying some bean bags and sticking numbers on the front but I thought it might be fun to make the bean bags in the shape of numbers instead.

I drew some chunky numbers. I needed to make them really wide so that they would be fillable and I wanted them to look a bit cuddly too. I will add a template here when I get my printer working so make sure you come back and get it. 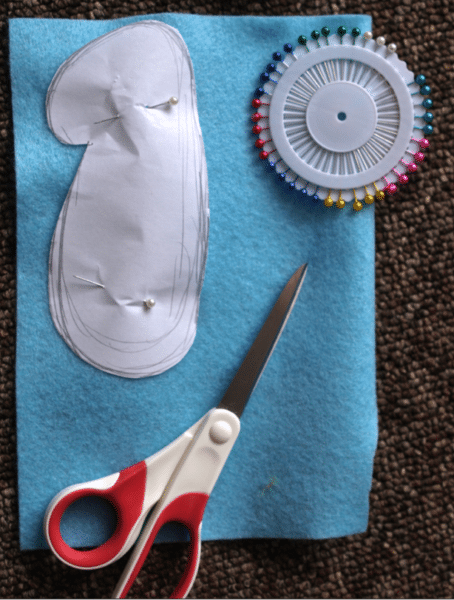 I used some pretty felt. I cut 2 of each number out and used a simple running stitch around the edge. I tried to make the stitches as small and neat as possible, partly as they will be on show but also so that the beans don’t fall out. 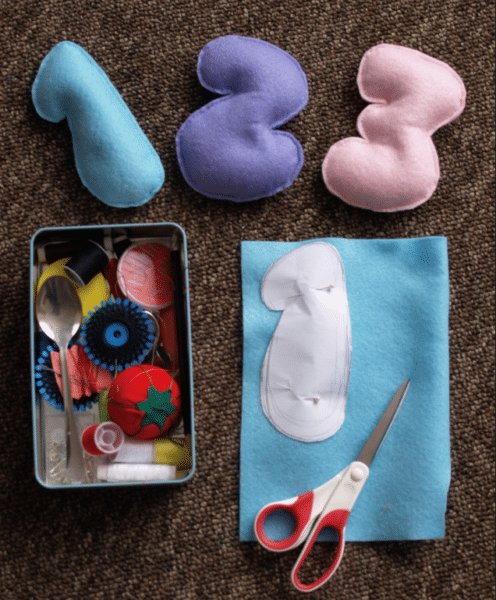 Once I had sewed around the number I left a small gap and filled the bags with beans. I actually used lentils as I find these make a really plump bean bag.

Now they are finished we can play with them. i have lots of ideas for number games and the good thing is that there is lots of sneaky learning too as the children will learn to recognise their numbers. They would be great for an early years classroom and they are so cheap to make as you can make them with any fabric.