Disney on Ice 100 Years of Magic

What is the best thing about having young children? For me it is definitely the excuse to go to see Disney on Ice. Before I had children I used to borrow my nieces and pretend I was being really kind taking them when really it was me who wanted to go. Now I don’t need an excuse and luckily the girls love both ice skating and Disney. It was with great excitement that we saw the advert for the next show. Disney on Ice 100 Years of Magic looks awesome. Featuring so many well loved characters there is something for everything. There are more than 60 Disney characters in the show including:

This is what we are told about the show in the press release:

“Outfitting this cast was a huge challenge for the show’s costume designer with dazzling designs ranging from Mickey’s MarchingBand, to the “It’s a Small World” dolls, to the stars of Mulan and Finding Nemo. Bright colors and minimal structure in the Finding Nemo costumes allow the characters to move freely to mimic the natural movement in water, while a red sequined evening gown worn by Minnie is the star of the show!

The design team, who have worked on numerous Broadway productions, have bought a magical, theatrical feel to the on-ice experience. Skaters weave around and bring to life the “It’s a Small World” sequence, amidst sparkling floats that turn into a radiant light parade and a blanket of snow and an avalanche fall as Mulanbattles the Huns. Another highlight is when a giant present is opened to reveal Buzz Lightyear, as he is first introduced to everyone’s favorite toy cowboy, Woody and his pal Jessie.

Disney On Ice celebrates 100 Years of Magic will be appearing in Birmingham on the following dates: 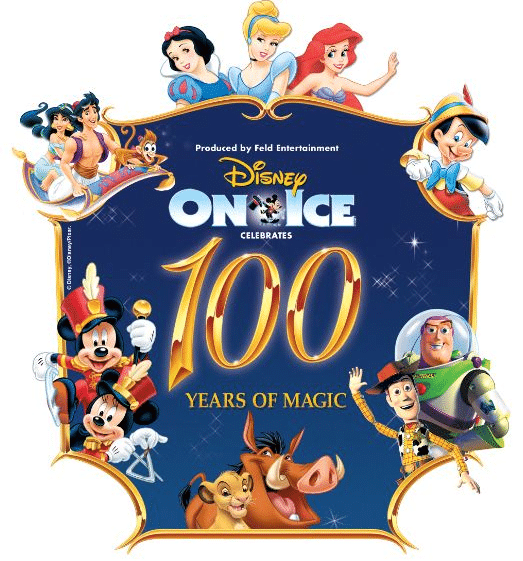 Here are our previous reviews:

Disney on Ice Worlds of Fantasy

Disney on Ice Dare to Dream