Smart TV’s That Will Entertain the Whole Family

Smart TV’s have become much more commonplace over the last few years. Whilst many people access apps such as Netflix and YouTube via games consoles and streaming boxes, there are also plenty of people who prefer to have this functionality built right into their TV. Below are some of the best smart TV’s now available that will entertain the whole family.

Toshiba gave their entire smart package an overhaul in 2013, and now Toshiba L7 Series  offers some of the best Smart TVs currently on the market. Described as a Premium Smart 3D LED TV, it’s just as well it lives up to that kind of billing. To start with it boasts a beautiful design and features Dual-Core, and the very latest audio, picture and smart television technology.

The L74 model has been specifically designed in order to engage every one of your senses and is the perfect technological solution for those seeking a more dynamic and altogether more cinema like viewing experience. The picture quality, quite frankly, has to be seen to be appreciated and its enhancement is the Toshiba CEVO™ system which incorporates a new backlight to provide a visual impact that is sharper and more detailed than you would have thought possible.

To match this quality of picture you need the best audio, and this is delivered loud and proud courtesy of Toshiba’s CEVO™ Audio technology. This has improved the bass to such an extent that it is hard to believe that such a rich, powerful and expansive sound can resonate from a TV that is so slim. The L7 series comes with access to the new Toshiba smart TV cloud platform, providing a fully functional web browser and a host of great content.

Without leaving the comfort of your chair you can also monitor the feeds on your favourite social networks and be enjoy a personalised TV service based on your own individual viewing habits. Throw in the added convenience of tablet and smartphone remote control, plus the Intel  WiDi mirroring, and you could possibly have the ultimate smart TV experience in your home. 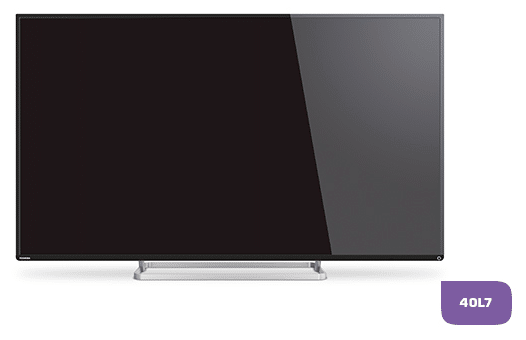 The South Korean electronics giant LG have always been ahead of the game when it comes to technology, and the LG Smart TV certainly doesn’t disappoint. It is worthy of inclusion on this list due to the simplicity of its design which allows even the most ardent technophobe to find their around with consummate ease. A big selling point is the LG smart TV’s user interface that has absolutely nothing to do with apps and instead is focussed on networking. Their unique SmartShare software will display any photo, video or MP3 file you may have stored on a networked Mac, PC or NAS, HDD or USB flash drive on home screen, accompanied by a thumbnail image to simplify location.

Click here for a video on the best smart TV platforms out there.

Not only is this incredibly simple but the file support is massive and for those who want even more, the LG smart TV’s offer the MediaLink app, formerly known as Plex. This allows you to add film artwork and a host of other data that you wouldn’t be able to add otherwise. SmartShare is not only loved by networkers and downloaders, it comprises a whole host of apps that include 3D World. Add into the mix the superior picture and sound quality as well as internet access and apps for YouTube, Netflix etc and this is a very smart smart TV.

With their unique and user friendly smart Viera system, Panasonic have long been one of the leaders in the smart TV stakes and their brand new user interface, My Home Screen is the newest and freshest idea in the world of Internet connected TV. While it has taken its design cues from other manufacturers they have customised it in such a way it looks, or acts, like nothing else on the market. You can create numerous pages using different layouts and even add wallpaper if you wish. There are also specially designed icons and handy widget short cuts. You can go down the typical route and have a TV screen or Lifestyle screen but it is incredibly simple to create Mum’s picks or Dad’s apps.

Every screen boasts a fluid and smooth live TV thumbnail and there are all the usual apps included: BBC iPlayer, YouTube, Skype, Netflix etc as well as a wide choice of subscription apps including Eurosport Player. It also carries the usual smart TV features of file sharing between devices, smartphone remote app and live streaming to a tablet or phone. As a TV boasting connected TV technology, the Panasonic range is right up there with the best.