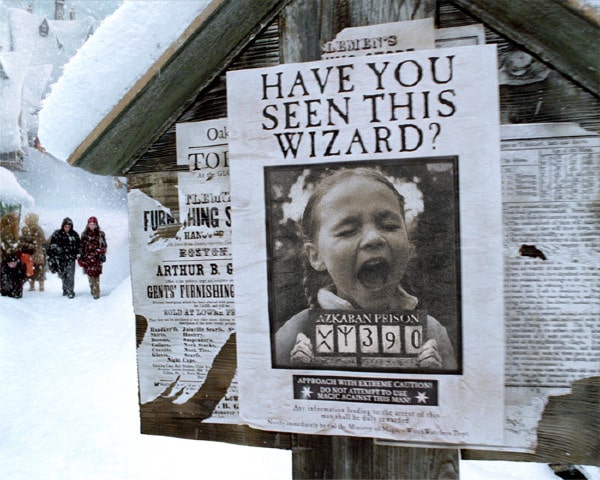 Harry Potter is one of those magical books which gets kids to love reading. I have seen the effects in the classroom where previously reluctant readers suddenly can’t put a book down. It has been incredible to see the same thing at home. Molly adores the harry potter books and is ploughing her way through them and it has given her such confidence and love for reading. It thrills my teacher heart! So when we were asked to review the Warner Brothers Studio Tour I couldn’t have been more thrilled. My nephews had visited recently and the girls had been green with envy. I kept telling them we couldn’t go this year, secretly knowing I had my tickets already. I wanted to keep it as a big secret for their birthdays. We decided to make a big announcement of the day of our trip. It was hard keeping the trip a secret until the day itself but definitely worth it.

The first thing I wanted was a Hogwarts acceptance letter. There are several ways to do this but I found a brilliant website where you can enter your details and it turns them into a printable Hogwarts acceptance letter. It is really easy to do and the quality is really good. It even has a second page with the list of all the school supplies on it. 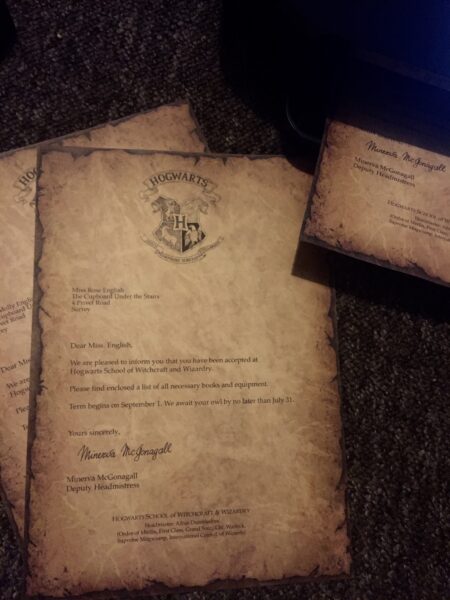 To print we used the HP Envy 5540. bought some paper which looks old called Old Letter paper Casanova. This looks really good and has envelopes as well. I wanted to handwrite the envelopes rather than print them and

used a green pen to do it copying the style of the envelopes in the films. This was much harder than I expected but the result looked really good.

I then used sealing wax to seal the envelopes. I was amazed to find a Hogwarts seal. It made it look really authentic.

Next, we found all the owl soft toys we had in the house and put them around the stairs. We had also bought a new owl which looked just like Hedwig. He had the ticket for Warner Brothers Studio Tour around his neck.

Next, we printed off some tickets for the Hogwarts express. I found an image of the ticket and printed it off and put them on the stairs.

Have You Seen This Wizard

To finish off the pictures I made some Have You Seen This Wizard posters. I love these as they look so much like the posters in the film. I found a digital image you can download and then edit by adding your own photo in Picmonkey.

I needed to adjust the photo of the girls using a sepia filter. It helps if you get a photo where they are screaming. This wasn’t a problem for me as they love pulling silly faces for photos. 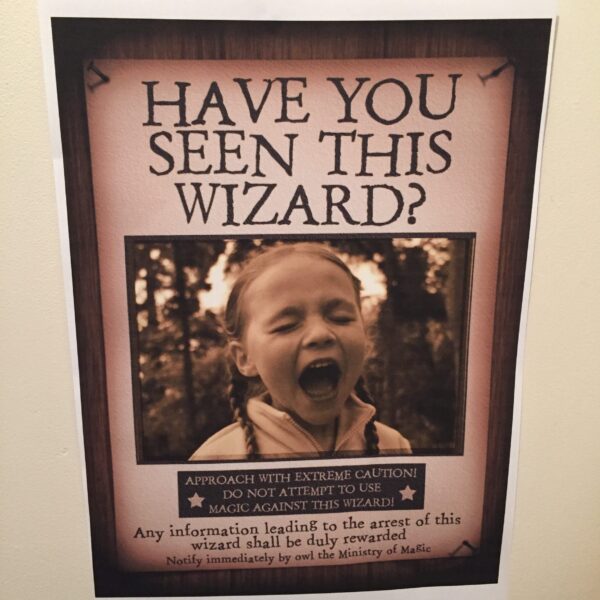 I love this picture you can make as though your Wanted wizard poster gas been put up in Hogsmeade.

Finally, we displayed everything together so the girls saw it when they came downstairs. They were so excited although I have a sneaking suspicion they thought they were real acceptance letters from Hogwarts and were a little disappointed. That only lasted a moment though as they couldn’t believe they were going to Warner Brothers Studios that actual day. You could also use these printables for birthday party invites. They make it even more magical.

Look here for our full review of the Warner Bros Studio Tour: The Making of Harry Potter

How to make Homemade Camping Party Invites which look like tents.

END_OF_DOCUMENT_TOKEN_TO_BE_REPLACED

A review and giveaway for the Always Artsy Lottie Doll

END_OF_DOCUMENT_TOKEN_TO_BE_REPLACED

Apple print Thank You Teacher cards. Lovely cards to make at the end of the year or for teacher appreciation week.