Our Visit to No 4 Privet Drive

A Review of Warner Bros Studio Tour: The Making of Harry Potter

It was an exciting day when we got the email to review Warner Brothers Studio Tour: The Making of Harry Potter. I’ve wanted to visit ever since it opened, having long been a Potter fan. Since Christmas, the girls have been obsessed with Harry Potter. Molly is currently on book 5, and we are hoping she will hurry up and finish it so we can watch the film. It has been such a lovely experience sharing this beloved book series with her, although I have to be careful not to give away any spoilers. I knew they would be excited to visit “Harry Potter World” as they like to call it and as our visit was a couple of days before their birthday we decided to keep it a secret right up to the day. When we finally told them we were going to visit that day they were stunned and I have never seen them get ready to leave the house so fast.

It was really easy to find the Studio Tour and there is lots of parking with helpful people showing you where to park. There are also toilets and a small picnic area outside as well as a Starbucks and cafe inside in case you want to refresh after a long journey. You need to arrive about half an hour before your allotted time to pick up your tickets. Although the building itself is the original studio and so very industrial looking and functional, the girls were really exciting as there were large posters of the movies outside. The girls were excited to see the giant chess pieces used in Harry Potter and the Philosophers Stone. It was a great start to the tour. 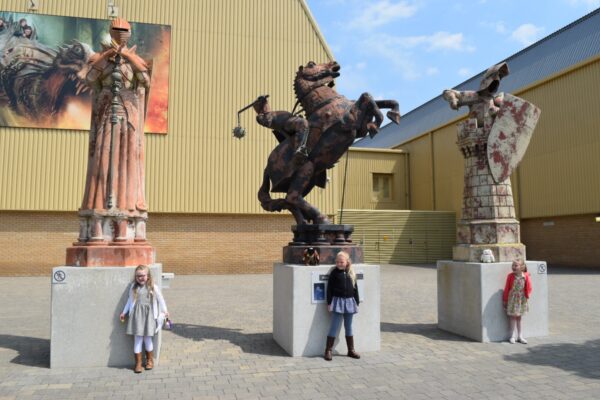 The Cupboard under the Stairs

When you go in with your ticket there is a bit of a wait to get in. We visited on the last day of the half term holidays so it was bound to be really busy and had about a 45-minute wait. This was fine as there was lots to look at including the smallest set at the attraction: the cupboard under the stairs. Once you are in you can go at your own pace and although there are a couple of areas where you need to wait, this only lasts a few minutes at most, which is fantastic.

Once in the next area is full of wonder. I don’t want to spoil the surprise for people who haven’t visited, but about ten minutes in there is a part where the visitors gave a collective gasp of amazement. Molly couldn’t believe her eye and this was the best bit.

A highlight of the tour was being in the Great Hall. Two things amazed me, the sheer scale of the sets and the fine details which went into it. The set really is a work of art. It felt like we were really in Hogwarts. It was fascinating to see the sizes of the actors and the detail on their costume up close.

It was thrilling to get really close to the sorting hat and debate what house we thought we would be in.

Some of the props are stunning. The ice sculpture for the Yule Ball is really beautiful. This is just in the background on the film but you get to see every cup and fine detail.

The sets are all really magical but I really loved the potions room. There are several moving parts of the sets. I liked Molly’s Weasley’s self knitting needles. Here the potions cauldrons stir themselves and you half feel that Snape is going to come behind you and tell you off for being late for Potions class.

I think the scariest character in Harry Potter is Dolores Umbridge so seeing her line of ghastly cat plates gave me a real thrill. Molly hasn’t got to that part in the books yet, so I was pleased it is easy to avoid the spoilers as you go around.

Platform 9 3/4 is really very special. Smoke fills the room and the Hogwarts Express whistles as if it is about to leave any minute. The girls loved trying to push their trolly through the barrier.

You can go on the train and see scenes from the movie. There is also a green screen section where you can be filmed as if you are really on the moving train.

At this point, we were really in need of refreshment. Luckily this was where we stopped to get some Butterbeers. Everyone who reads the books or watches the film wonders what they taste like. It was amazing to finally get to taste butterbeer.  It was sweet and creamy and surprisingly refreshing.

One extra treat is that you can also get butterbeer ice cream. Yum!

The reason we were invited to visit was to visit No 4 Privet Drive. This attraction was only open for a short while but was incredibly popular so hopefully it will be back by popular demand. It is really strange stepping up to the familiar entrance of the house. This looks so much like a normal house, as it is supposed to.

UPDATE: The Privet drive set will remain open until 5th September 2016! So there is still time to visit. Yay!

Inside is really magical. I enjoyed seeing all Dudley’s certificates on the walls, it was a really nice touch. Inside was an amazing sight. All the Hogwarts acceptance letters looking like they had just flown out of the chimney. This is one of my favourite moments in the film so it was wonderful to see it.

In the outdoor area, you could also see the Nightbus, sit in the Ford Anglia and stand on the Hogwarts bridge.

I was amazed that from this point there was still so much to do. We loved seeing the giant model of Hogwarts, which turns from day to night as you watch. I had seen photos of this but was expecting a small model and wasn’t at all prepared for the size of it.

The tour finishes with a walk down Diagon Alley and a visit to Ollivanders Wand Shop.

We had heard rumours that the shop was expensive but I was still a bit shocked at the prices. The girls had been given some birthday money though so they had a budget to spend. We also had to buy some Bertie Botts every flavour beans for the journey home. 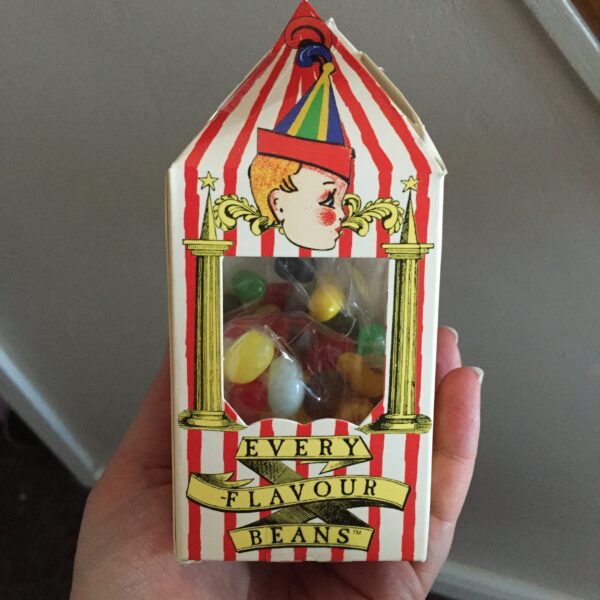 Our trip to The Making of Harry Potter was everything I was expecting and more. It really brings the magic to life. I hadn’t imagined that you would see so many sets, props and costumes and thought the trip would only last about an hour. We were there for nearly three and loved every minute.

Disclaimer: We were given a family ticket for the purposes of this review.