Our Hatchimals Egg had Hatched!

We were really excited to be sent the brand new must-have toy Hatchimals from Spinmaster. The girls had seen it on Youtube and there was so much hype about what would be inside as there were lots of pictures of the packaging and the egg but none of the toy inside. Our Hatchimal box arrived in time for Hatch day on Friday and we couldn’t wait to watch it hatch.

You can watch our unboxing video here:

The Hatchimals is not just a toy it is an experience. First, you get the egg, then it hatches and there are baby, toddler, and kid stages. The egg stage is actually really exciting. You can see the Hatchimal’s eyes inside and start to interact with it. This stage lasts about 25 minutes.

The egg is a lovely speckled colour and looks really realistic. The eyes glow different colours and there is a set of instructions for what you have to do. Blue means cold, green means sick and so on. The egg also makes lots of little noises which help to show how it is feeling.

The girls were so protective of the egg and it really did bring out a lovely nurturing side.

After 25 minutes of continuous play the eyes glow rainbow coloured and it plays music to show it is starting to hatch.

I was really pleased to find out that the egg won’t hatch unless you are holding it. It will go to sleep if you leave it alone.

This is our video of the egg hatching. Sorry it is a bit rough and ready but I put it together really quickly to give you a view of what happens and it was early evening so already dark.

Once the egg starts to hatch you can hear pecking from inside and cracks start to appear on the surface of the egg. this is so exciting. you still need to interact with the egg. The girls were a bit nervous about what would happen and so held it away from them which seemed to slow it down. When the shell is cracked you can peel off the rest of the shell and discard it. 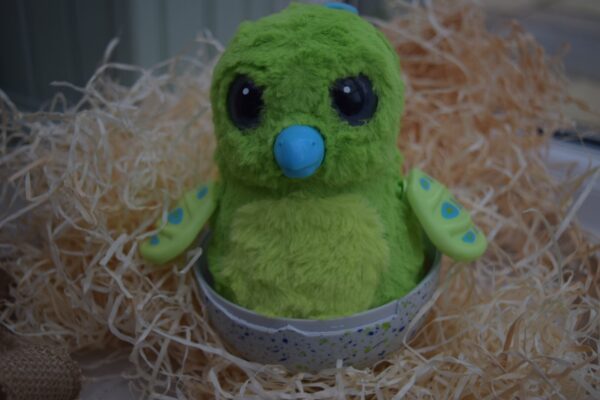 This is when you get to meet you Hatchimal buddy. I think having the toy come in an egg is really clever. It bonds you to the new toy as you can’t wait to see what is inside. The toy itself is incredibly cute. Our Hatchimal is a Draggle – a baby dragon. It has soft green fur, a blue beak and very large eyes which glow to show you how it is feeling.

There are four different types currently available and a choice of two different creatures inside. There is a birth certificate so you can name your Hatchimal. The girls are currently still arguing over what its name should be. I think the current favourite is Pecky because of the noise it made when it hatched. 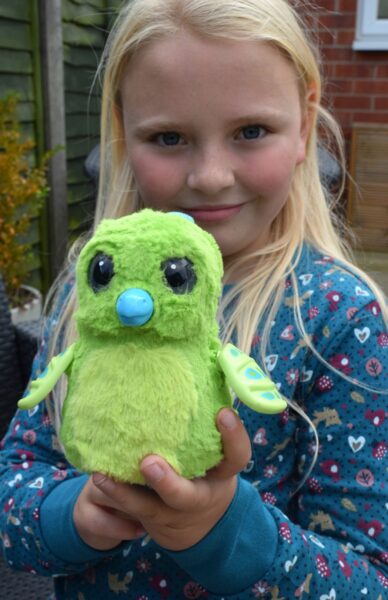 When the toy has hatched it still has lots to do. The Hatchimal is quite noisy and talks and sings to you. Luckily there is a volume and an on/off switch so you can turn it off when you’ve had enough of the cuteness. 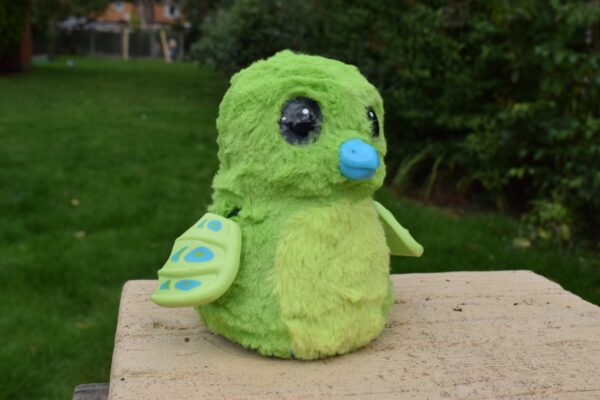 As it moves through the stages it also learns to dance. The girls were thrilled when it did this and danced along with it. It moves around and flaps its wings. When it is ready to move to the next stage it sings Happy Birthday to itself which is very cute. 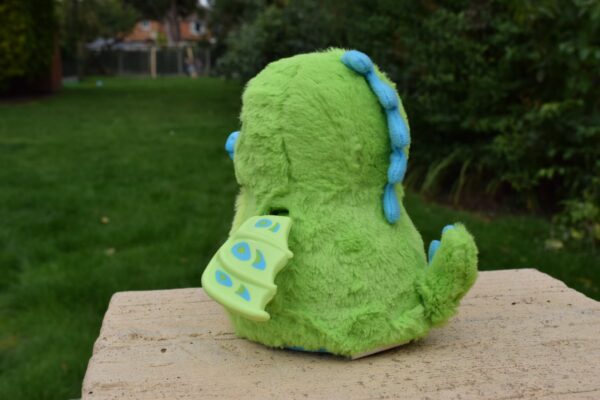 This really is a lovable little toy. I think it will be the must-have toy this Christmas. It has a real wow factor because of the hatching and the girls are having so much fun playing with it. I don’t think it will be a toy which is discarded really quickly. Although £60 is a lot for a toy, other similar toys on the market are more expensive and not as cute as the Hatchimals. 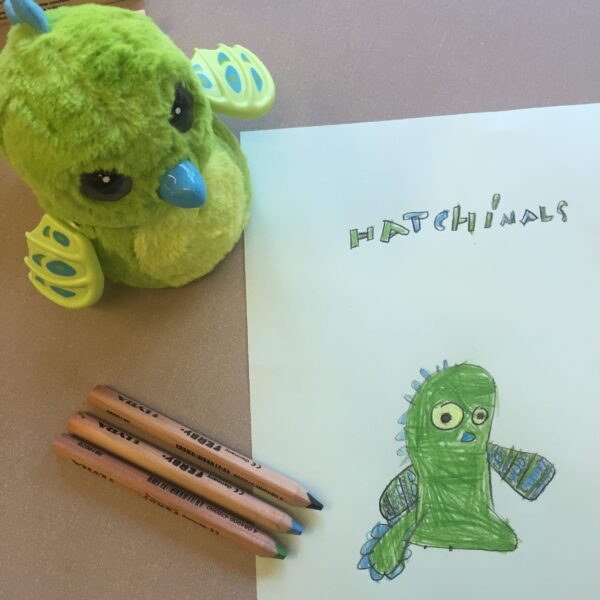 The Hatchimals are available at major retailers around the world £59.99 Ages: 5+

Disclaimer: We were sent the toy for the purposes of the Twitter party.