WINNIE AND WILBUR
A NEW PLAY BY MIKE KENNY

Winnie and Wilbur, the bestselling picture books by Valerie Thomas and Korky Paul, have sold over seven million copies worldwide and have been translated into over twenty-five languages.  Now, the adventures of Winnie the witch and her black cat, Wilbur, are brought to life on stage in a brand new spell-binding family show at Birmingham Repertory Theatre from 31 March – 22 April.

Winnie and Wilbur enjoy all kinds of capers together with a big dollop of magic always mixed in. In this sparkling new adventure, they are getting ready for Winnie’s birthday party – sending invitations, choosing decorations, deciding upon their outfits, and planning party games. But why doesn’t Winnie want to invite cousin Cuthbert? Why does she almost call the whole thing off? And how does Wilbur help Winnie to make it the most wonderful party ever?

Perfect for young children aged 3+, this new magical, musical adaptation of the much-loved books published by Oxford University Press, will be full of songs, laughs and slapstick fun.

Mike Kenny is a leading British playwright specialising in theatre for young audiences his adaptation of The Railway Children won an Olivier Award for Best Entertainment.  He said of this new play:

“I loved working on this. For some reason I missed them when my own children were growing up, so the books were a real joy to discover. I won’t pretend that turning the books into a play was easy though. When you adapt a book that is mostly writing, everyone will have an idea about what the central character looks like, but everyone’s idea will be different. We ALL know what Winnie looks like because of Korky Paul’s amazing illustrations. And we know what her fantastically inventive world is like too. 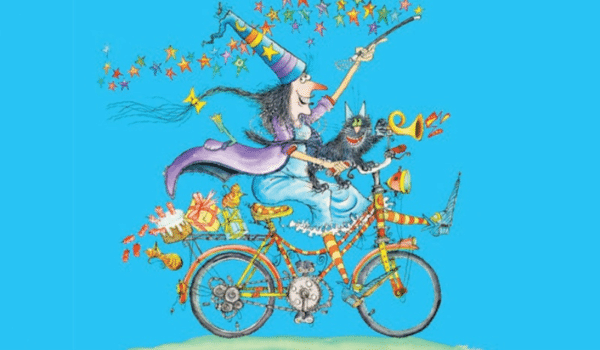 Finding some way of putting that on stage has been the obsession of the whole creative team. Every time Winnie waves her wand I wonder what is going to happen. Fortunately, it appears that creativity is infectious. This is probably likely to be the only time in my career that I can write a stage direction like EVERYONE DISAPPEARS and expect to see it happen.”

The cast for Winnie and Wilbur includes Sophie Russell as Winnie and Ben Thompson as Wilbur with Rob Castell, Ed Thorpe, Anne Odeke and Maimuna Memon completing the ensemble.

Bringing Winnie’s magical to world to life is director Liam Steel with design by Rachael Canning.  Lighting design is by Natasha Chivers and music by Marc Teitler