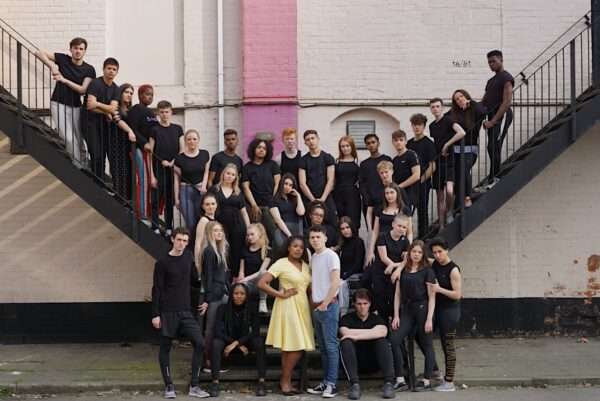 The Hippodrome’s first-ever co-production, The Color Purple opens in July.

A new dance production choreographed by Kate Prince set to the iconic hits of Sting, Message in a Bottle opens next April as part of a co-partnership with Sadler’s Wells and The Lowry.

Gloria and Emilio Estefan’s smash-hit musical, On Your Feet! comes direct from the West End and Broadway.

The big pink bus rolls into town as a glittering new production of Priscilla, Queen of the Desert comes to Birmingham Hippodrome for the first time.

We Will Rock You and MAMMA MIA! return to Birmingham in 2020.

Children’s favourite, The Gruffalo stomps onto the main stage this June.

Celebrating the Hippodrome’s roots as a circus 120 years ago, Circus 1903 plays a limited season featuring a cast of jaw-dropping acts from across the globe and magnificent elephants from the puppeteers behind War Horse.

Some of the biggest names in comedy take to the stage including Rob Beckett, Romesh Ranganathan and Ben Elton.

B-SIDE Hip-Hop Festival is back this May, with a phenomenal line up of dance battles, high-energy workshops, street sports, live music and DJ sets from legendary names in Hip-Hop.

Blast off into space this summer at our annual free family festival, Summer in Southside. Celebrating 50 years since the first moon landings, the streets around the theatre will be transformed into a lunar landscape for a whole weekend packed with performances, installations and extra-terrestrial antics from ‘out of this world’ acts.

In its 120th year, Birmingham Hippodrome have announced another season of world class performance with unforgettable entertainment both on and off the stage.

For the first time in the theatre’s history, the Hippodrome will present a brand-new production of West Side Story (29-31 Aug) featuring a cast of local young talent in a large-scale youth community production. In another first, Birmingham Hippodrome will also present its first large scale co-production with Curve Leicester, The Color Purple (16-20 Jul). The theatre will also co-produce Message In A Bottle (7-11 Apr 2020) with Sadler’s Wells and The Lowry. This exciting new production is choreographed by Kate Prince and set to the iconic hits of Sting.

The festivities will be by no means limited to the stage, with an exciting festival programme and a very special birthday event. For the fourth year, B-SIDE Hip-Hop Festival (3-12 May) willl see the Hippodrome and surrounding areas filled with pop-up performances, striking graffiti and thrilling dance battles whilst Summer in Southside (13 & 14 Jul) will transport families to another world. Visitors can expect exciting space themed acts include a 7 metre model of the moon and an aerial performance featuring an astronaut suspended 20 feet in the air. The Hippodrome will also celebrate its 120th year with a special circus themed birthday party and open day (26 Oct), kicking off a week of half term activities which highlight the theatre’s origins as a circus and variety hall.

This September, The Broadway and West End production of Gloria and Emilio Estefan’s smash-hit musical On Your Feet! (3-7 Sep) will come to Birmingham Hippodrome as part of its first-ever UK tour featuring an exhilarating musical score including iconic pops songs such as Rhythm Is Gonna Get You, Conga and 1-2-3. Expect plenty more dance-floor fillers and copious amounts of glitter as the big pink bus rolls on to the Birmingham Hippodrome stage for the very first time with Priscilla, Queen of the Desert (13-18 Apr 2020) starring Strictly winner, Joe McFadden and co-produced by Jason Donovan.

There’s plenty of fun for all of the family as the classic children’s book The Gruffalo (25 & 26 Jun) stomps on to the main stage packed full of fantastical creatures and lots of monstrous fun. Entertainment to delight the entire family continues as Circus 1903 (25 Oct – 2 Nov) brings all the thrills and daredevil entertainment of a turn-of-the-century circus to Birmingham this October half-term. Celebrating the Hippodrome’s roots as a circus, audiences can expect jaw dropping acts from across the globe and magnificent elephants from the puppeteers behind War Horse.

Matthew Bourne’s double Olivier award-winning hit, The Red Shoes (11-15 Feb 2020) will pirouette back on to the stage following two sold-out seasons back in 2016. As part of Birmingham Hippodrome’s ongoing involvement with Dance Consortium, acclaimed South African choreographer, Dada Masilo will bring her contemporary interpretation of Giselle to the main stage (15-16 Oct).

“As our social and political landscape often seems more focussed on division rather than unity, I take particular solace in the power that arts and culture have to bring people together, whether as an audience member or participant.

“Here at Birmingham Hippodrome, we pride ourselves on creating experiences that unite our region’s communities, and in recent years have grown the number of free festivals that we produce for everyone to enjoy such as the upcoming B-SIDE Hip-Hop festival and the return of our popular Summer in Southside.

“For the first time in our history we ourselves are making new shows, drawing on some amazing new talent.  The professional production of The Color Purple in July will be followed by a large scale community production of West Side Story in August.  For the latter we auditioned over 1000 local young people to find our dream cast, who are set for the experience of a lifetime. I’m sure audiences will agree.

“Our 120th birthday celebrations continue throughout the year with many opportunities to be involved: a particular highlight being our circus themed half-term birthday party and open day on 26 October.

“With a huge variety of headlining entertainment on the main stage and in the Patrick Studio, I encourage our loyal audiences to do something different and try something new.  Introduce a friend and share some timeless stories, and together we might just cross some of those divides.”

For more information and to book tickets visit birminghamhippodrome.com or call 0844 338 5000 (4.5p per minute plus your phone company’s access charge).