When I asked the kids what they wanted to have in the role play area for Christmas they all said they wanted a snowman. Well you would wouldn’t you? I thought it would be a good idea to have a snowman they can make and build and decorate themselves and they really loved the idea. When we were finished one of my colleagues said she thought she’d seen the idea somewhere else, so perhaps I saw it on Pinterest or somewhere so let me know in the comments if it is a copy. I’ve had a look but not found anything the same.

The children painted the boxes white and added lots of glitter. I cut out the orange carrot nose and some round buttons from fluffy fabric. You could use craft foam. I attached sticky hook and loom strips so you can remove them. The next day when the paint was dry (alright that afternoon as we couldn’t wait any longer) I put out the boxes and a basket full of things to use to decorate the snowman. You could change this every day to give the snowman different looks, including using different coloured buttons, different hats and scarves, wigs and different things for the nose. If you were reading The Snowman by Raymond Briggs this would work brillianty!

The snowman looked super cute when he was built.

The children were very inventive with the snowman. They even used the basket as a hat at one point.

A weekend at Center Parcs
A stop motion film of our favourite activity: playing “Let’s Go to Center Parcs” with a holiday themed Small World.

Looking for a bit of sneaky blog promotion? Of course you are. I’m always looking for ways to get my blog into a conversation, so…

One of my favourite Mr Men characters brought to life – sort of! 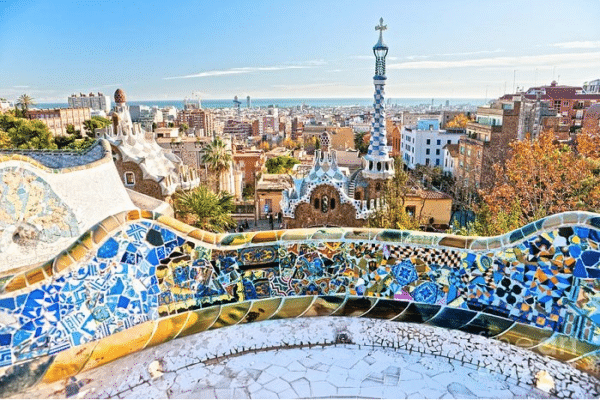 Art and Crafts Room for Kids Inspired by Barcelona