Easter is awesome. It’s a great excuse to eat chocolate without the guilt.

I did wonder how the Easter bunny became an integral part of Jesus’ self-resurrection all those years ago.  Turns out that the simple rabbit was originally part of the Pagan celebration of spring. And, in their quest to convert northern Europe to Christianity, the early crusaders adopted the Easter bunny to help make Pagan integration into Christianity that little bit easier.

Totally irrelevant to this article and completely besides the point, but it’s an interesting little historical fact nonetheless.

Right, back to the article. Last year we decided to jazz up Easter a bit. Instead of just giving the girls chocolate to consume almost instantaneously, we wanted to make things a bit more interesting.

We like to travel and the girls love exploring, so we thought we’d make them work for their chocolate through a geography quiz. Aren’t we a crazy household! Jokes, I know we’re boring.

We played and still do play a little game with the girls where they stand on the arm of the sofa and I throw them sideways on the cushions and they bloody love it! It creates roughly the same excitement as a dog repeatedly fetching a stick.

The week before Easter, we played the same game but with a twist. I told them the capital city of a country before I threw them and, when it was their turn again 30 seconds later, they had to remember it in order to get a throw.

I realised quite quickly that they were getting confused so we narrowed it down to five capitals each. Our youngest, 5, got the UK and Ireland, and our eldest, 7, got the five largest countries in the world.

“What’s the capital of Scotland?”

It took a while but they were enjoying the game, it wasn’t like a school exam or anything. We were just trying out a different method of learning and it seemed to be working.

We played the game a few times that week and I was fairly confident that they knew the answers off by heart.

The night before Easter Sunday we hid 10 gold stars around the house. On the back of each star we wrote one of the 10 countries of which the girls had to remember the respective capital.

The idea was that they’d find each star and tell us the capital city of that country, working together to get the answer.

For each one that they got right, they’d get a crème egg. If they got all 10, we’d take them out on a day trip as a reward rather than giving the little stinkers more chocolate. They already had about 10 each from friends and family!

It was good fun to watch and they managed to remember all 10 capitals, meaning that they got their day out – family entry to the Cambridge Antiques Fair.

Only joking. I think we bought some half price cinema tickets from Groupon or Wowcher or one of those discount vouchers websites if I remember correctly. Roughly the same price as a standard Easter egg.

We had a good time and the kids learned something too. It appears chocolate is a great incentive to retain information.

Having said that, I asked the girls before they went to school: “What’s the capital of China?”

To which our eldest replied: “Who cares.”

I bet if I offered her a Twix she might try a little harder to remember. 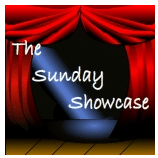 I have always loved threading. It is brilliant for developing fine motor skills and hand eye coordination and a great precursor to learning to sew….

Last minute Olympic craft – make some Olympic ring paper chains to decorate the house or yourself.