This is the only photo I took in the whole of this post, and it’s the scariest. Letting my 6 year old, Molly, have complete control of my camera is a fairly terrifying prospect. Not only is the risk of her dropping it but also is the worry of what she will take pictures of. She went through a stage of using my camera a lot when she was about 3 and there were lots of pictures of me nursing the twins, and lots of her feet and the telly. Over the course of a couple of weeks she took a lot of photos. A lot are blurred, but not as many as I thought, the early ones had heads missing but you can definitely see an improvement. There are still lots of pictures of her feet and the telly.

I talked about the project and we discussed which things she could take pictures of, although a lot were her own ideas. She took the most photos on two days and really concentrated, taking lots of shots of every colour. A couple of times she wasn’t really interested and just did a few shots because I asked her to. She was never interested in looking at the photo at the time and seeing how she could improve it  – she just wanted to move on to the next one.

I think this is my favourite of all Molly’s photos. It was a gift. The sky was so blue, the perfect background to the bright yellow sunflower. I knew this would feature in Molly’s photos as she was so proud of it, having grown it from a seed. It seemed to take forever to flower. 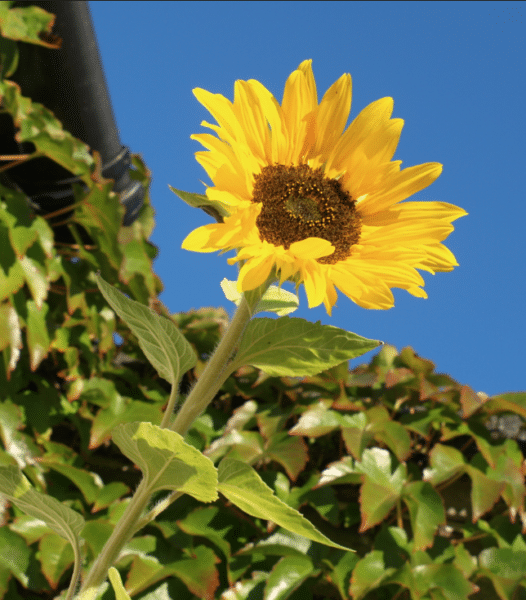 I like the angle on this, looking up from such a child’s viewpoint. I was more level with the flower and my pictures had it facing dead on and weren’t so interesting. In this picture the sunflower seems to be stretching towards the sun. 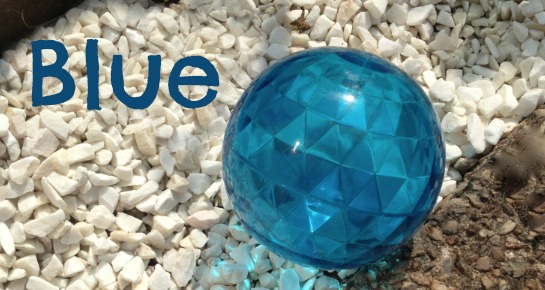 We had the most pictures of blue. I love the title picture with the blue ball on the white stones but the goose is my favourite.

Molly took lots of pictures of this fella. He was looking very hungry. Of course it would be a better picture for orange because of the vivid colour of his beak and eyes.

This photo of the twins really captures their silliness. Molly was a bit tired and grumpy. We were supposed to go to the Chocolate Factory but I hadn’t realised we had to book beforehand and she was very disappointed when we couldn’t go. A trip to the nature centre was not as good and she was having a sulk and riding on her dad’s shoulders.

I asked her to take a few pictures of the twins with my IPhone as they were wearing red and to make her laugh they started playing hide and seek. It doesn’t take long for the tears to turn to laughter and she was soon snapping away.

This was one of my favourite days at the park. Molly took lots of pictures of the geese and this is the best. This shows how children can capture something in a different way. Throughout the day Molly kept turning the camera on an angle – to get as much as possible into her shot. 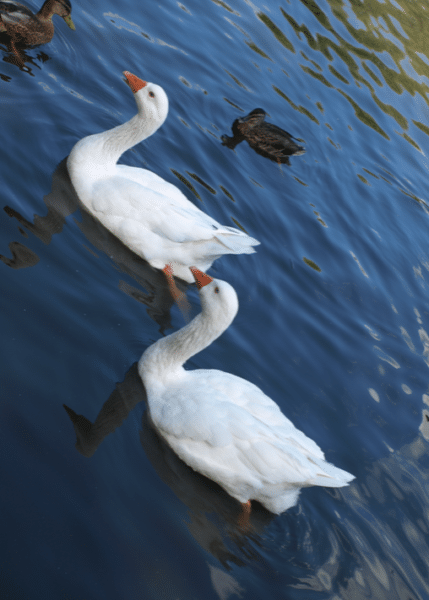 The final photo of the geese has a strange symmetry to it with the geese gliding into the corner. It makes you want to crook your neck and see where they are going.

Molly spent ages taking photos of one tree. I kept telling her to do something more interesting until I realised what she was taking photos of: the conkers. This was a few weeks ago so they were very bright green and still had a long way to go to be ready. I like the contrast between the green of the conkers and the leaves.

I’ve found it so hard to write this post and pick the photos. There were so many pictures I wanted to chose and it was really difficult narrowing it down to just 5. What I have loved in this exercise is seeing a glimpse into Molly’s world – what is important to her, the details she notices that I don’t. I will definitely be doing this again – although I will think about getting her a camera she can use. I’m going to leave with a few of the photos I didn’t chose but which I love. Firstly a photo of her little sister Rose running. If only she had been wearing a red dress! I love the curve of the path and the feeling of freedom.

I also love this photo of me. In fact it’s the only photo of me taken in the last few years which I do love. This is how I spend the vast majority of my days, with one twins each side of me and carrying a heavy bag.

These are some of the photos I didn’t pick.

Love hearts made from salt dough

Fun things to make with Gel-A-Peel

Petits Fours made from Fimo

A teaser for the contents of our book exchange parcel. Off to post it now!