Shortly before Christmas I had a message from Santa asking if the children would want an extra present for Christmas: A LeapPad Ultra. They had been particularly good last year so of course I said yes. The girls love playing on my iPad but we’ve already had one costly screen broken and I always feel nervous when they are playing it in case they drop it or access something on the Internet that they shouldn’t . A tablet designed just for kids seemed like a great idea. 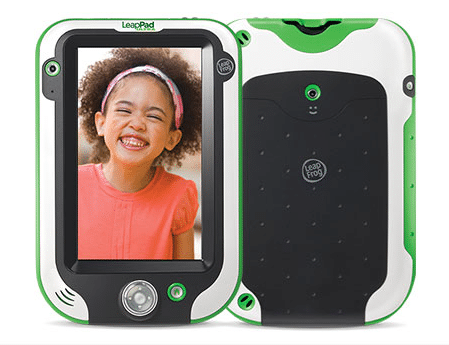 The LeapPad Ultra is meant for children aged 4-9 so it’s absolutely perfect for my girls. Molly is 6 and the twins are 3, so just out of the age range but very keen to use technology, like their big sister. It looks like a grown up tablet but is much more robust. I don’t feel as worried when they are playing it.

When you first get the leapPad you can set it up for different users and they can personalise it with a photo and backgrounds. The girls really love this feature, and i was impressed with the 2 mega-pixel camera, which takes a good photo of each, unlike most cameras for children. The screen is in high resolution and is bright and colourful. There is 8GB of storage, which is ample, although I do have to go in and delete all the little videos the girls keep making. No one needs to see me in my dressing gown first thing in the morning.

The LeapPad Ultra comes with 11 games already loaded on it. These are more than enough to keep them busy to begin with. You can then download games from the online app store or buy cartridges to put in. The additional games are quite expensive £20 but they are often in the sales and the good thing is you can use previous leapPad games on the Ultra. The online books are less expensive and often have a game element to them.

The girls have really been excited about the games as they have their favourite characters in them. Not only are there Moshi Monsters but also Disney Princesses – so everyone is happy. The games have an educational element to them which is great for if you are worrying about spending too long on a computer. Each game is categorised buy a curriculum area, so the Moshi game is maths and has some very challenging mental maths to it. They are also split into age groups.

If you worry about children accessing adult material then you don’t have to worry at all with the LeapPad Ultra. It does have Wifi connection but only when you are at home and you only have access to a selection of child friendly videos. There are magic tricks and cute animals so more than enough for them to look at.

This is the first tablet for children we have tried. Before I was a bit reluctant to buy one as I thought an iPad would be better. I think for younger children this is really good. It looks like a grown up tablet but is much safer and more robust. Of course you do have to set a time limit so that children aren’t playing too much but I think it is a great tool to have if you want a few moments peace or for travelling.

The added bonus is that the iPad is free for me to use! Finally!

Disclaimer: This LeapPad Ultra review is in association with Direct Line Insurance. 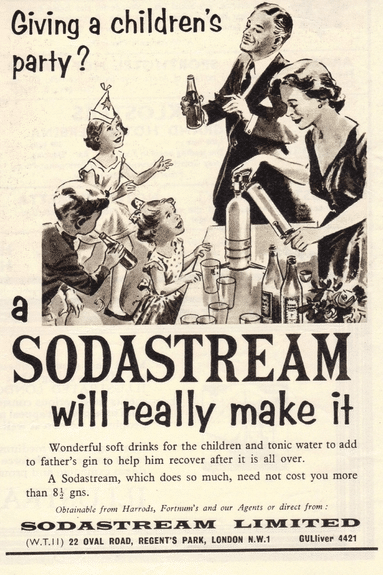 A review of the stylish drinks maker SodaStream

The Cinderella Jewellery Box from Jaks Pacific has come out just in time for Christmas. It coincides with the newly re-released Disney film of Cinderella and is sure to be a big hit with young disney Princess fans.