The girls and I were really excited to hear that Birmingham will soon have a LEGOLAND® Discovery Centre. LEGO has long been one of their favourite toys and they are really looking forward to visiting when it is open. This week excited children from Birmingham have officially kicked off the construction of the new Discovery Centre with a ceremonial groundbreaking dig of more than 90,000 LEGO® bricks. Imagine diving into that many bricks!

The Discovery Centre is located at Arena Birmingham, formerly the Barclaycard Arena, the new indoor attraction will be the ultimate LEGO playground. Representatives from LEGOLAND Discovery Centre, the NEC Group and West Midlands Growth Company were joined by a number of local children who officially started the build of the attraction when thousands of LEGO bricks were delivered by diggers and wheelbarrows. Bertie, the LEGOLAND Discovery Centre mascot, was on hand to oversee the delivery and helped the children start the build programme.

The 58,900-square-foot indoor attraction, costing £7 million, will be built over two floors and will enable visitors to jump inside the world’s biggest box of LEGO bricks. Specially created and designed from a child’s perspective, it will provide two to three hours of interactive and educational fun for children aged three to 10 years old.

Young visitors will be able to play in ten themed LEGO play zones, a Build and Test area, two LEGO themed rides and a 4D cinema. There will also be special party rooms for birthdays and other celebrations, master classes and creative workshops from a LEGO Master Model Builder.

Once open, visitors to the attraction will be able to see iconic buildings and landmarks of Birmingham and the surrounding areas built entirely from LEGO bricks in MINILAND. Members of the public will be encouraged to vote for which Birmingham landmarks they want to see included in MINILAND at locations across the city centre later in the year.  I would love to see the Bullring and spaghetti junction and of course my favourite local building – The Library of Birmingham, which already looks like it is made from LEGO.

“Amy Langham, General Manager from LEGOLAND Discovery Centre Birmingham, said: “Now that construction has officially started, we are all excited about the opportunities the new attraction will bring to the Midlands when it opens in summer 2018. Not only will it ignite children’s imaginations and encourage learning through play with LEGO but it will also provide up to 50 new jobs to the local economy and give Birmingham another great family indoor attraction which will encourage new visitors to the city.  We’ve already been inundated from parents across the Midlands who are really excited about LEGOLAND Discovery Centre Birmingham, and we can’t wait to open the doors to our next generation of architects and builders who will be able to show off their talents.”

Paul Thandi, NEC Group CEO, said: “The NEC Group is focused on enhancing its destination offers further at both its city centre and NEC sites. The opening of Resorts World Birmingham on the NEC site in 2015 was a significant moment in the Group’s leisure strategy evolution and kick started a period of ongoing development. Using that as a catalyst, we’ve already started to explore the possibilities that larger numbers on our NEC site can bring by launching an event with mass market appeal (Dinosaurs in the Wild).”

There are a number of additional activities in the lead up to the opening of LEGOLAND Discovery Centre Birmingham. To find out more and to be the first to know when tickets go on sale, visit www.birmingham.legolanddiscoverycentre.co.uk.

A photo diary of our trip to Bluestone National Park Resort

A review of the Octonauts Training Academy at the Sealife Centre Birmingham – a fun day out for the family. 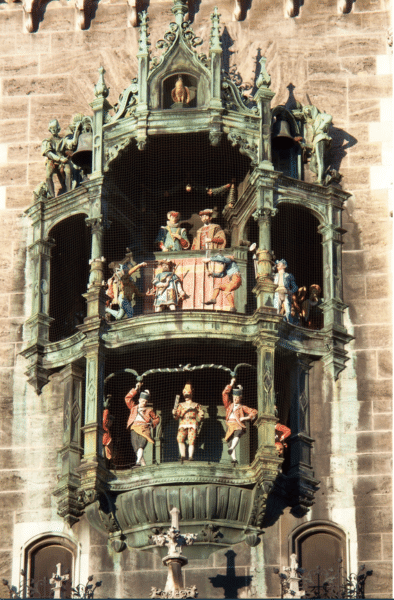 Top 5 Things to do in Munich With Kids

This week I dipped my toe into the world of blogging events. I went to a meal for a fabulous company just launched in the…