Once upon a time, you had a child who would sleep soundly through the night. Somehow you survived the bleary-eyed infant and toddler years, or maybe you cruised through them, smug in the knowledge your little darling would always be a dream sleeper. Only now they’re a bit older, and they’re anything but.

It’s disheartening, to say the least, when your child suddenly stops slumbering through the night and you find yourself stumbling around in the inky pre-dawn trying to remember what worked when he or she was a baby. I should know: I’m deep in the trenches of the nightly 4 a.m. battle to get the 3-year-old back to sleep without waking the older sibling he shares a room with.

Surprisingly, NHS Choices  doesn’t seem to offer much in the way of concrete advice, though there are a few tips for rookies (“leave them in their cot or bed” or “leave a nightlight on” or – here’s a showstopper – “adjust their bedclothes.”) Ok, so what next?

A friend from Tasmania suggested a novel approach: before bedtime, ply your child with sliced bananas and custard. Did it do the trick? Well, no, particularly since my kids aren’t too keen on bananas. But it got me thinking that maybe I need to look outside the U.K. for a solution. It’s not likely to work, but at this point, it certainly can’t hurt.

My sister-in-law is Danish and, along with a Swedish friend, I remember them swearing by the sleep-inducing properties of bundling up their babies and leaving them to nap in a buggy out in the elements. The colder the better, they said, and now that their girls are healthy schoolchildren still in possession of all their original fingers and toes, it seems like one to try. The only slight hitch is that I hate the cold, and I can’t exactly tuck up my 3-year-old in the garden for the night. I suspect he would love it; I suspect child protective services would not.

Next stop, France. A work colleague, who boasts the damning qualities of being the prettiest and most elegant person I’ve ever met in real life whilst having an entirely lovely personality, says that when she was a child in France her mother used to slip a tablespoon of rum into her warm milk at bedtime. “And I am not an alco-aaahleek!” she trills. I make a mental note of learning to like milk so that I can dose myself up with an innocent night time cocktail, in hopes it will turn me into a clever, refined French beauty. But I don’t plan on introducing it to the 3-year-old just yet.

My ensuing thought is to ask my Italian friend, before I remember that she spent at least five years settling in at bedtime with her older child, waiting patiently for hours in the dark each night and presumably singing beautiful Italian lullabies with the patience of a saint. I am not Italian, I cannot sing and most importantly I am nowhere near saintly enough to just sit and sit and sit with my children when they wake in the middle of the night to tell me they’re “bored” and “it’s too dark outside.” Mama mia! That’s amore.

This isn’t going very well. I can’t easily ask my own mother, because she lives in America and would feel bad that she can’t come over to help. She is, however, still awake when I’m up in the middle of the night in England, so I can at least Skype her and try to pretend I’ve miraculously turned into an early riser after 30-some years of hating the dawn. She’d see straight through it of course, especially given the (very un-French) black circles under my eyes.

So it’s back to the British. A no-nonsense nanny does that helpful but annoying thing of giving you the kind of simple, practical advice that would have already occurred to you, if you weren’t operating on a chronic sleep deficiency and your brain actually functioned properly.

She says that if a child who is generally dry through the night starts habitually waking up complaining of anything from bad dreams to boredom, try this: persuade them to have an extra-big drink just before bedtime, then get them up to use the toilet just before you go to bed. They shouldn’t then snap fully awake, but will go back to sleep for the rest of the night without a troublesome bladder.

It seems too easy to actually work, but at this point I’m willing to try almost anything, even the Scandinavian tundra treatment. So that’s tonight’s plan…right after I add a couple tablespoons of milk to my rum nightcap.

The Secret Meaning of Flowers

Inflatable sculptures for kids. Get these beautiful curated sets and let your child run wild decorating them. The world’s first inflatable papier-mâché sculptures. Let your… The start of the school year is always an exciting time, both for students and teachers alike. Reuniting with classmates you may not have seen during the summer break, and experiencing the thrill of getting…

What to do to promote a healthy body image.

One of our favourite weekend activities is to have a family games night. It is a fun way to spend time as a family but also… 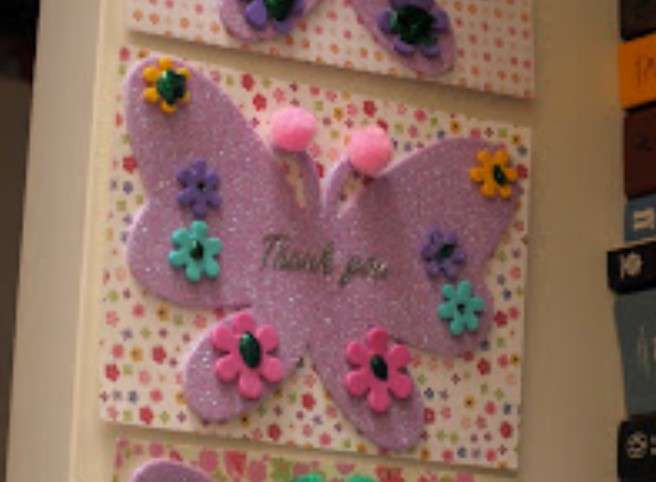 There’s a lot of stress over giving presents to teachers and most of that is generated by competitive parents wanting to outdo each other. Having…