Snowmen cake pops would work really well to sell at a Christmas fair or for children who don’t like to eat Christmas cake but still want something a bit special to eat.

These little fellas have been sitting rather appropriately in the fridge looking far too cute – so I just had to share them. I like making cake pops as they are so tasty and it is so much fun to make different shapes. These are really lovely because the desiccated coconut looks just like snow and makes them taste really Christmassy. I also like the taste of coconut and white chocolate. I hadn’t tried making cake pops with more than one ball on them and this was actually easier than I thought – for some reason it helped the cake pops stay on the stick much better.

Cut off the sides of the cake and crumble into a bowl.

Mix the icing with the cake crumbs and roll into a ball. It should be quite firm. Wrap in cling film and put into the fridge for at least half an hour.

Roll the mixture into balls.

Add two cake balls to a lolly stick so it looks like a body. I put them back in the fridge for another half an hour as they seem to stay on the stick better. It also helps if you put a bit of melted chocolate onto the ends to make sure it sticks.

Melt the chocolate. I prefer to do this over a bowl of boiling water.

Dip the cake pops in the melted chocolate  or candy melts. These cake pops are quite big so you will need a really deep container. I also used a knife to spread over the bottom, it doesn’t matter too much if it looks messy as it will be covered in coconut.

Sprinkle the cake pop with coconut.

To make the hat you need two sweets, a fat cylinder (I used a roll) and a flat circle (I used a large chocolate button).

Finally wrap a long thin sweet around the neck, laces are good for this.

Put in the fridge to set.

To display I use florists foam and stick them at different heights. I wrapped this with ribbon and scattered lots of glitter and Christmas sequins around. 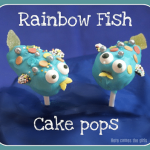 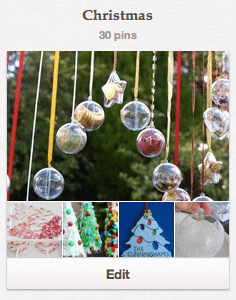