Last May, the world became very excited by the arrival of Princess Charlotte of Cambridge. A new royal baby. The British public were quick to send their good wishes, as they were with George a few years before, and in fact William and Harry when Princess Diana gave birth.

In fact, we really do love the Royal Family, so much so that they’re directly inspiring our choices in baby names.

Since the birth of George in 2013, the name has shot to one of the most popular names in the UK, with Ladbrokes Bingo claiming it as the seventh most popular boy’s name. That joins Harry in third and William in tenth.

The latter has long been a popular name since when William the Conqueror arrived in Britain, and of course, has Shakespeare to keep it forever in memory.

Naturally Charlotte hasn’t yet had the chance to influence the nation just yet, but it is in fact royalty of a different kind which has helped certain names rise up in popularity. 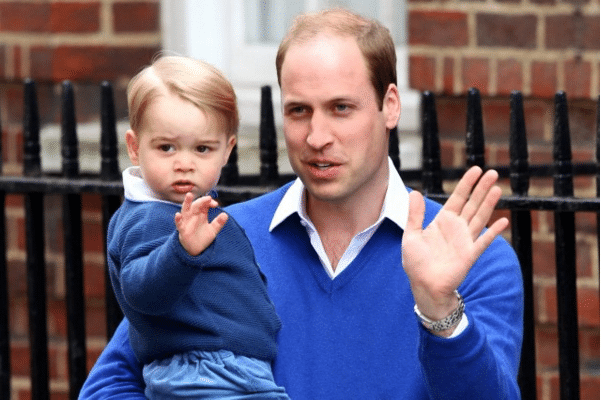 Game of Thrones has also proved a popular influence with 244 babies named after Arya Stark. 53 babies have even been given the name Khaleesi, the title belonging to Daenerys, which means wife of the Khal.

Topping the lists, were Oliver and Amelia with 6,649 and 5,327 new-borns given the respective names, whilst Harper also rose 3,636 places after footballing royalty David Beckham’s fourth child.

As many speculate which name Kim Kardashian will choose for her second child a leading UK bingo company has released a book of the UK’s top baby names.

Whilst celebrities such as Fearne Cotton have recently chosen names such as Honey, the nation’s parents have been opting for traditional options like the Duke and Duchess of Cambridge. Which trend will Kim K and Kanye West follow?

During the first few months of their second pregnancy announcement, Kim denied the couple will be naming their little one after a direction (South). However, since then there has been multiple reports from a source close to the family that the little boy will be named in Kimye’s family theme and be called Easton West.

Should the family decide on a more traditional, literary name like Oliver, they’ll be in good company as the boy’s name has been at the top of the Office for National Statistics list since 2013. Another choice could be Jack – often considered to be the name of eccentric, rebellious yet charming individuals, the little boys name could link to some of Kanye’s famous traits.

Disclaimer: In association with Ladbrokes

Moving home is often cited as one of the most stressful events in our everyday lives. So why not make moving as painless as possible…

Win a Baking Mad recipe book and apron in this lovely giveaway!

The Best Day of Your Life: A step by step guide to the perfect wedding

In the last decade, the online world has developed to a space that allows us to reach the furthest corners of the earth from our…

Home Loan Guide: Eligibility Criteria for a Home Mortgage in the UK