On saturday we were invited to London to visit the newly opened Playmobil Suite at the Waldorf Hotel. This is a special suite in the hotel which has been transformed with Playmobil toys and accessories to celebrate the 40th birthday of the well loved toys.

The Waldorf is an amazing hotel. It looks very grand but must have a real sense of fun to host such a child friendly event.

To celebrate the opening of the suite the function room had been transformed with some giant Playmobil figures and lots of large sets to play with. Molly could decide which to play with first. We were given a Panasonic W850 to film our day. You can see in the clip above. I really enjoyed using this Camcorder and the quality of the finished film is great. It was very easy to use and so light I could carry it around and it didn’t get in the way. It is now top of my Christmas list as I was so impressed with it.

She particularly liked the Playmobil football set. This is a fun set which actually kicks.

We were given a very fancy lunch, including sandwiches which had been cut so straight the chef must have used a ruler.

Molly loved the puppet show. There was a real rabbit who appeared by magic.

After lunch we had a tour to see the new suite.

The suite itself is really fun. It looks so bright and colourful, with balloons and toys everywhere you look. Most hotel rooms feel very sparse and grown up, here the children will have so much fun. There is even Playmobil bedding.

We liked the idea of bathing with dinosaurs. The suite costs from £450 for a night and is suitable for 2 adults and 2 children (plus a few dinosaurs, a princess and several knights and police men).

One of my favourite parts of being a subject coordinator in a primary school was flicking through the Galt catalogue. I had a large budget…

A review of Walter and the No-Need-to Worry Suit from Rachel Bright. A fun and engaging picture book for children aged 3+

To celebrate the release of the Goosebumps film which is in cinemas now, I have three copies of the book to give away. We haven’t… 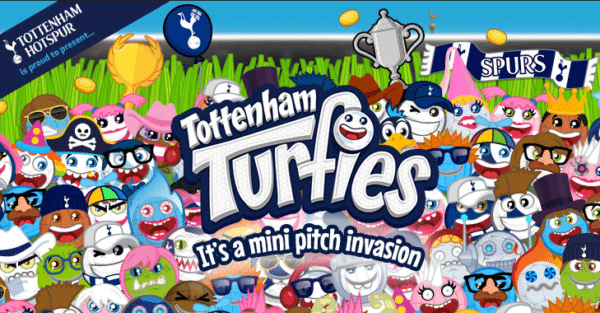 A review of the new Tottenham Turfies game from Tottenham Hotspur.