{AD – press night} The Lovely Bones at The Rep Birmingham 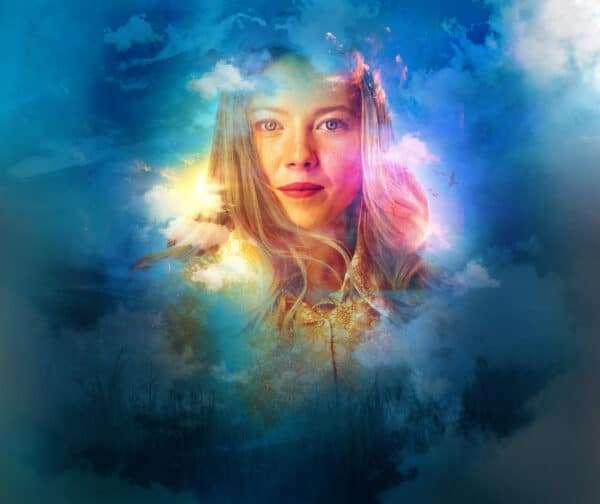 I always love the chance to see a play the The Rep Birmingham as I know I’ll be in for a fantastic evening of theatre. I had heard incredible things from people who went to see The Lovely Bones when it toured last year and knew we were in for an exciting ride but never could have imagined just how thrilling it would be. I only knew a little about the Alice Seabold novel on which it’s based which was brilliant as I had no idea what was going to happen and so the events were really fresh and exciting.

The start of the play is sudden and jarring. There is no gentle introduction, you are thrown straight into the action and the lights and music are really disorientating and the audience is left gasping wondering, along with the main character Susie Salmon, where we are and what has happened. It soon becomes clear that Susie is dead and is in some kind of afterlife, but is unable to move on because she is still so invested in what is happening on earth. It is Susie’s narrative voice which draws you in as it feels like she is talking directly to you. Susie, is played with sweet charm by Charlotte Beaumont. The depiction of her murder is horrifying, and it is made infinitely worse by chatty way she describes it as if she was telling you about a normal school day.

The staging of the play is incredibly clever. There is a large tilted mirror which shows an alternate view of the action, just like Susie looking down on her family. You can see characters appear and disappear in the background and it gives the feeling of the divide between the world of the living and the dead and that somehow it is not as clear as you would expect. The shift in perspective also gives a dreamlike feel to several of the sequences. When viewed through the mirror the characters look like they are floating. The sinister presence of Mr Harvey is often seen in the background, moving through the shadows, a visible threat to the characters who don’t seem to realise they have a killer in their midst.

This is a story about loss and moving on. You feel for each of the characters and the different ways they have of coping. The cast is only small with several actors playing more than one part, yet it was only when you saw them on stage for the bow at the end that you realise how cleverly they played different parts. We spent most of the journey home trying to work out who played which character because they were so conniving in each of their separate parts. The golden light shows glimpses of the family in happier times and this adds pathos and complexity to the characters, revealing how they were before tragedy affected them.

The whole play was a rollercoaster of emotions. The end of the first half was so scary I realised I had been holding my breath for the final five minutes. You can’t help but imagine yourself in the place of Susie’s heartbroken parents. The play is harrowing and  creepy in parts but there is a feeling of lightheartedness too with several laugh aloud moments. There is joy amongst the heartache, as Susie learns find happiness in the afterlife and her family find a way to move on. It is this which is the true meaning of the play. As Susie says at the end: “These were the lovely bones that had grown around my absence. The connections – sometimes tenuous, sometimes made at great cost, but often magnificent – that happened after I was gone. “

There is still chance to catch The Lovely Bones on tour.

Please note that there are adult themes throughout.

Disclaimer: I was given tickets to the show for the purposes of this review.