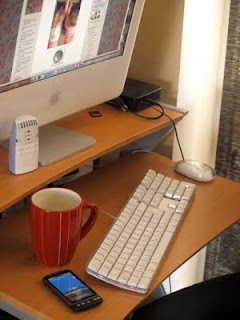 Five months ago I had never heard the phrase “mummy blogger”. I knew people wrote blogs, had stumbled across a few through Google and heard about bloggers getting book deals in the news. I watched Julie and Julia, a film about a cookery blogger although that was mainly because it starred my favourite girl-crush Amy Adams but the blogging side didn’t really have an impact on me. I fell in to writing a blog and for the past few months have just sort of done it without really thinking much about why or where it might be going.

A number of things have happened in the last week which have made me question how I was blogging and what I hope to achieve. Last week the blogosphere (Is that a real word or have I made it up?) was filled with controversy and heated debate about just what it means to be a mummy blogger. Lines were drawn, lines were crossed, sides were chosen, territory was staked, bloggers were staked. Or maybe not.

The main issues seem to be:
Bloggers and blagging
Cliques
Personal Attacks
Anonymity

As a newer blogger I soon became aware that it was possible to review products. This just seemed an accepted part of blogging. Some people only want to review products on their blog. To me that’s what they want to do and if they are being sent products to review there must be a market for that. To me it’s the same as a blog which is just about cookery. My blog is a mix of things: family activities, some recipes, some reviews, some discussion, some photos. I don’t just want to write about cookery for example, in the same way I don’t just want to do reviews. I can understand both positions on this: some people don’t want to do any reviews as that is not what their blog is about. The thing about reading blogs is that if you don’t like it you never have to read it again. I am sure there are some brilliant football blogs out there, but I won’t be reading them because I’m not interested in the subject.

I know people are worried that the blagging bloggers will give blogging a bad name but I’m not sure if that’s the case. I’ve seen a couple of people cite the blogger blagger who asked for a bike five times a day. I’m sure that person’s emails will just be automatically junked. I can see its annoying getting unsolicited emails from bloggers looking for things to review. I will admit I did send a couple in the early days, when it was a brand I love. It seemed like a good idea to review a product I would actually use rather than a random thing which didn’t suit my family. However, I did feel uncomfortable doing it and it’s not something I’ll do again, especially as it doesn’t seem to work. However, if I see a PR offering a product for review, which my children will love, then I’m going to put my name forward. Money is tight. If I can spend an hour writing a review and get something which will benefit my family in return then I will. This might put some people off my blog which is fine. If I write a review I try to make it honest and balanced and I probably spend longer writing it than another post in order to get it right. I know I can go to other reviewers and read their reviews if I want to buy a product and know I can trust their opinion. The reviews I’ve read do seem balanced. People don’t just say they like something so they can get more freebies, at least not the reviews I read. 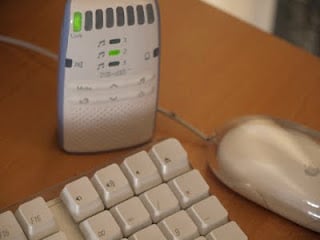 The other issue getting everyone all fired up is how to comment on other peoples blogs. I’ve been so lucky in the comments I’ve received so far. They’ve been lovely and supportive. I think that is in part because I haven’t written anything controversial. I’m not sure how well I would cope if I did get any negative comments. I have seen some of the threads on parenting messageboards which get out of hand and get really personal and I find that quite horrible. There was one on Twitter a few months ago where people were calling each other the c word just because of how they introduced themselves. That just isn’t for me at all. You’re obviously not going to agree with everything everyone says but it is possible to have a debate while respecting other peoples opinion and not getting personal. To be honest I’ve found this to be the case so far.

There is a system of reciprocity in blogging. I comment on your page and you’ll comment on mine. It makes me think of Queen Latifa in the musical Chicago. I don’t think this means you have to be dishonest and say you loved something if you didn’t. I read a few posts about Halloween which were completely opposite to my point of view, but I could read and comment on them and state my view, hopefully without upsetting anyone. There does seem to be a tiny minority of people who will write things just to be controversial, upset people, create a stir. I don’t think this tactic will work for them in the long term. What is the point in alienating your main readership and let’s be honest blogs are mostly read by other bloggers. I might be drawn into a controversial headline and if the post is well written and engaging then I will probably return again. But if it is just for the hits with no conviction behind or if it is misinformed or badly written then I won’t be making a second visit and I’m sure I’m not the only one. I don’t think there is ever a need to be nasty and I simply don’t understand people who do it seemingly just to upset someone.

Are bloggers cliquey? Well yes of course. We are humans and we like to form groups, if makes us feel part of something. It’s only natural. I remember a huge feeling of disappointment at uni when cliques formed. I thought you would be able to keep making friends throughout, but after a magic window of about a month it became much harder. Of course people who have been blogging for longer will have established friendships. I’ve found people to be warm and welcoming and happy to pass on advice whether its new bloggers or ones who have been around a bit longer.

Finally I don’t care if someone’s blog is anonymous or if like me their identity is there for all to see. I can understand why someone feels the need to have a private space for their thoughts and feelings away from their loved ones. If they are saying things which might be controversial and upset family members then obviously its a good idea not to write your real name. I don’t feel the need to be anonymous, although it does mean I have to be careful of upsetting anyone should they read this. As long as what someone writes is honest and heartfelt I will return to it. It doesn’t matter if they’ve used their real name or not.

When I visit a blog its a bit like a visit to someone else’s private thoughts. Blogs reflect their owner. Some are lovely, creative, passionate and inspiring. Those are the ones I go back to again and again. The other ones, the nasty, boring or just plain scary ones I won’t be visiting again. I think all this just boils down to competitiveness. I like stats – knowing how many people have read a post and what they have enjoyed. I try not to let it change what I write. If I have an idea I write about it. It’s disappointing if a blog  post gets few hits or comments, but I’m not going to lose sleep over it. I do quite like the rankings, although I suspect this is where the problem lies. It’s thrilling to see yourself going up in the rankings (even if it is just down to the metrics, whatever that is). But being placed in a rank does mean you have to compete and unfortunately competing does bring out the nasty side of some people.

I’m not going to compete for my place as a mummy blogger. I’m just going to strive to improve what I write. There might be a lot of us now but I think there’s space for many different kinds of blog. Tell me if I’m wrong but won’t more people blogging also mean more people reading blogs – surely that’s a good thing? The internet is a pretty big place. The fact that there’s a lot of competition should inspire us to write better and more engagingly. So what if there are some rubbish blogs out there. They will just make the brilliant ones stand out even more. There are trashy novels around but it doesn’t stop us reading Austen. I have a feeling that if you write well about things that you care about then you will find a loyal readership. But then I think that’s been true all along.

What do you think? Am I being hopelessly naive?