The W Factor at Warwick Castle 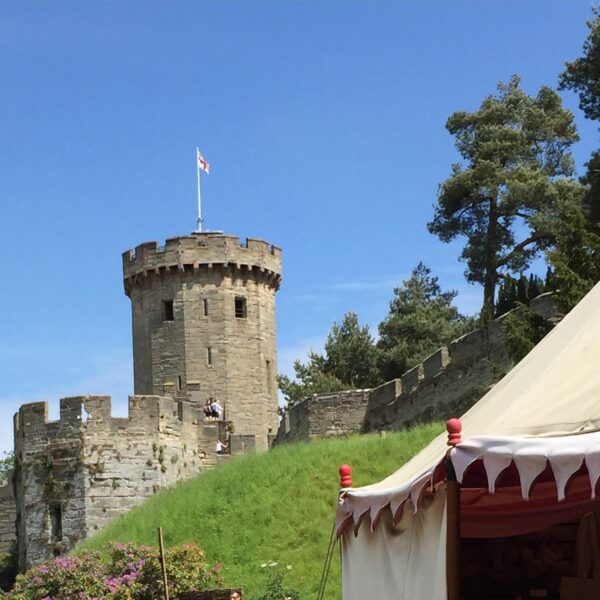 On Wednesday we were invited to watch The W Factor, a special stage show at Warwick Castle. It was part of the Horrible histories stage shows where contestants battled it out to win a guest spot on the show and a nights glamping experience on the grounds. We live really close to Warwick castle but never had the chance to visit, mainly because the twins were too young so we were all really keen to go and visit a real castle. https://youtu.be/a4m9y1Mpu_Q

The castle is set right in the middle of Warwick and was incredibly easy to find. Another time we would arrive early as there was a bit of a walk from the car park to the ground. I hadn’t realised how beautiful the who castle area was and we were lucky as the weather was wonderful so we all enjoyed the walk through the woods. Rose particularly loved seeing all the beautiful woodland flowers.

The show was lots of fun. It was in a wonderful location on a hill overlooking the River Avon. Lots of brave contestants took part in a talent show with a Warwick Castle theme.

The lucky winners were:

If you visit over the Summer you might see them perform a cameo appearance in the stage show.

We also enjoyed watching the Wicked Warwick stage show from the Horrible Histories. This show will play twice a day until 6th September. The girls have only recently started watching the show and are still a little nervous of the gory parts. Luckily this show was full of songs and quips and no actual blood. Here is our video of our favourite part of the show.

It is a brilliant way to learn about history with exuberant performances from the two actors who manage to play all the parts between them.  The girls thought they were hilarious.

After the show we went for a walk around the castle. I was pleasantly surprised by how lovely and unspoiled the grounds were. The girls enjoyed meeting the stunning peacocks which were strolling around.

We got pretty close to the peacocks.

Their feathers were stunning. We didn’t manage to find one though.

Other than the show the highlight for the girls was the Princess experience. This is a great little show for children aged 4-8 years old. It was really magical as you saved the Prince from being trapped in a painting.

The girls loved pretending to be princesses and archers.

We didn’t climb the battlements as I took the girls on my own and the twins are still a bit scared of heights. There were several things we would like to do and so we will definitely be visiting again.

They also enjoyed playing in the castle themed adventure playground.

You can walk around a lot of the inside of the castle. The girls were fascinated to see what it is like in a real castle. 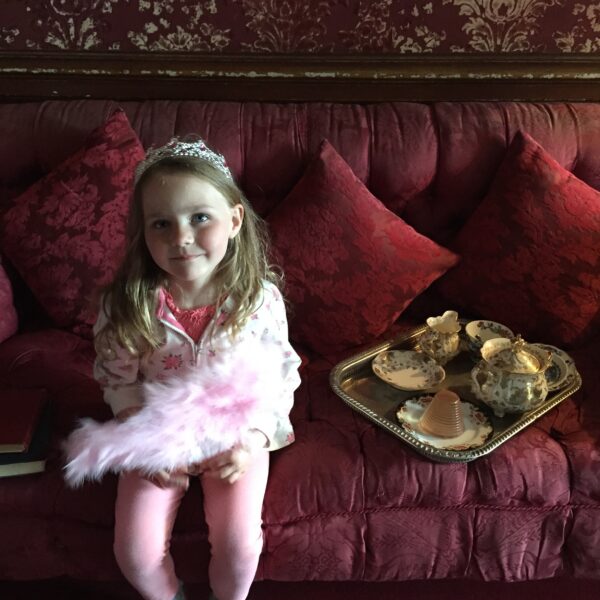 I particularly liked the beautiful library. There were several spookily realistic wax-works which gave a real flavour of what it would have been like in the castle.

I had been worried about taking the girls when they were younger but they really enjoyed it and most of the attractions are accessible with a pram and without having to climb any steps. I wish we had visted sooner as we had a lovely day.

Look here for all the details of the Horrible Histories show.

Disclaimer: We were given a family ticket on the day for the purposes of this review.