Hi, I’m just popping over from the UK where I blog at Here Come the Girls to show you my puppet theatre and some of the things we did with it. I’ve been blogging for nearly a year and love to write about all the fun we get up to as a family. I have three girls a five year old and twins who have just turned two – which means two lots of toddler tantrums – great! I am currently a stay at home mum although I teach a few days a month as a cover teacher at a local school.

I love activities which on the surface seem merely fun but actually encourage so much sneaky learning behind the scenes. I cant help it. It makes me think of the old saying “you can take the teacher out of the classroom but you can’t take the classroom out of the teacher”. My poor children can’t do anything without me trying to sneak in an extra teaching point or two.

Probably the best activity we have done has been the cardboard box puppet theatre. My goodness this ticks a lot of boxes – and I don’t just mean cardboard ones (sorry – couldn’t help it!).

Planning the theatre. We looked at lots of pictures on google but none really did what we wanted them to. We wanted to be able to put our hands in the side and hold the puppets. We also wanted a curtains which we could open and close. Although I had to do a lot of the cutting, decorating the theatre was a team effort. Here is a step by step guide to how we made this theatre.

My daughter made a lot of puppets. These were very simple with craft foam and lollypop sticks and other small bits and pieces from our craft drawers. I let her design and make these completely unaided.

Making signs for the theatre, e.g. what time it will start.
Making posters
Older children could write out their play.

We didn’t really explore this but you could have time – for different performances. You could also sell tickets to practice the use of money.

I was surprised by how much speaking and listening there was through the whole activity. Making something collaboratively requires a lot of skills – also social skills like turn taking and listening to other people’s ideas. Once the play was set up my daughter was particularly involved in getting the audience (her dad, sisters and I) sitting nicely and listening without interrupting. This was as much a part of the performance as anything else.

Then of course it was the story telling skills when she put on her performance. Although she didn’t write down her play before hand she tried it out a few times and it took several changes of narrative until she performed it.

With older children you would probably give a bit more direction with the acting. I was happy to keep her staying on the same plot and I encouraged her to use different voices for the characters. The best thing about any drama activity is how it builds confidence and self esteem.

Really of course the main thing about this was that it was fun. My daughter had a great time and her little sisters enjoyed watching her. It was creative and you can focus on the parts which they are interested in.

The only problem is that our puppet theatre has been knocked down by a giant rampaging toddler. Oh well I suppose we now have a great opportunity to build another one.

If you liked this then I have a few more cardboard box activities up my sleeve. Have a look at one of my favourites: a cardboard box police car.

I am finally getting round to finishing our immense round up of cardboard creations for all the letters of the alphabet. Today is the turn… 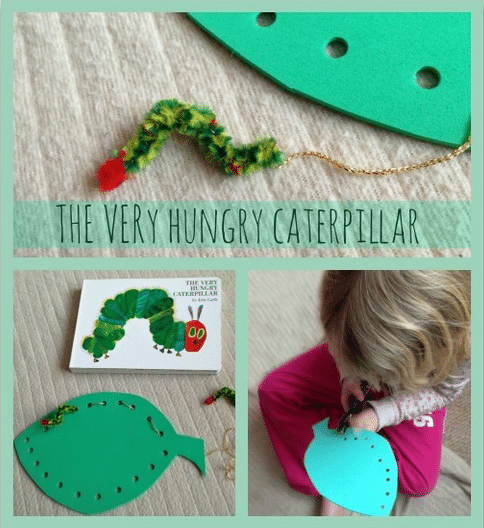 If you’re looking for a last minute World Book Day costume, it is easy to rush to the supermarket and grab whatever costume is there. If…

How to get a 5-year-old wear an eyepatch 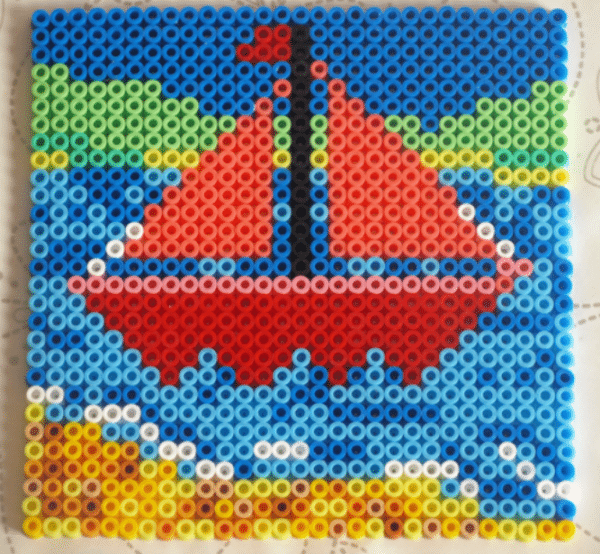 An Amazing Holiday Does your child enjoy Hama beads? This competition will be perfect for them, especially with all the wet weather we’ve been having….